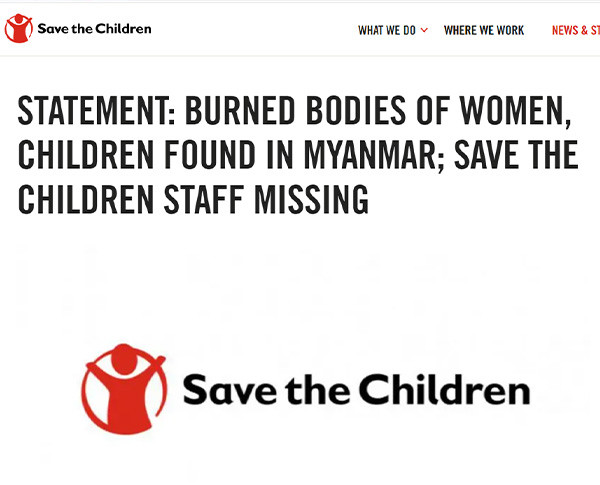 Save the children mission halted in Myanmarx

We mourn the passing of personnel from the staff of Save the Children in Myanmar. An official statement by the organization on Dec 25th 2021condemned he attack done by the Myanmar military in which at least 38 people, including women and children, were killedd in Kayah State in Eastern Myanmar.

Inger Ashing, Chief Executive of Save the Children, said:

“Save the Children condemns this attack as a breach of International Humanitarian Law. We are horrified at the violence carried out against innocent civilians and our staff, who are dedicated humanitarians, supporting millions of children in need across Myanmar. Investigations into the nature of the incident are continuing but attacks against aid workers cannot be tolerated.”

Save the Children has temporarily suspended its operations in Kayah Chin, and parts of Magway and Kayin following this incident. However, it remains committed to helping the most vulnerable children in Myanmar, especially during this time of conflict and crisis.

For the official statement, read here: