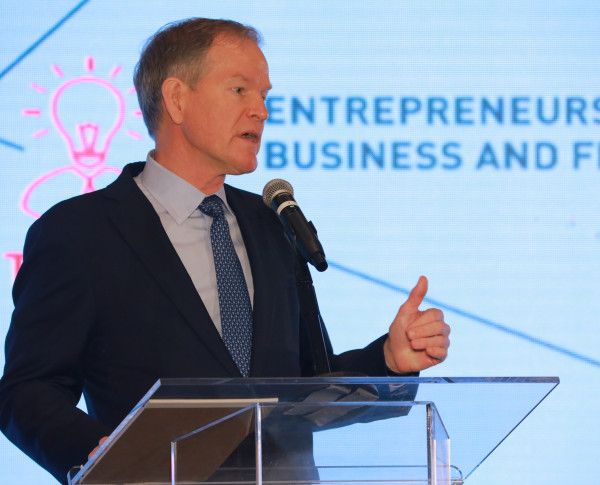 The Power of Youth

Richard Westmark is a Neurosurgery Specialist in Houston, Texas with over 34 years of experience in the medical field. Starting his studies in economics and ended up as a Harvard-trained neurosurgeon. For the past 25 years, he ran his family's hedge fund which has allowed him to be impactful on the global stage. His admiration and love for the Middle East began three decades ago as he lived with the Royal family of Saudi Arabia. Not to be dismissive of what is happening today in Lebanon, Dr. Westmark started his speech by highlighting the opportunities, economically, for the Middle East. He firmly believes that the “4th industrial revolution” belongs to the Middle East, as it is “the great equalizer” as he calls it. Further, the decentralization of technology hubs like Silicon Valley, naming Beirut and Cairo to be next on the list. For him, demographics is what you make of it, and the Middle East has a much larger young population than the rest of the world. Influencing governments in ways to sponsor the coming revolution, through propagating 5G for example is essential. Dr. Westmark, ended by advocating for getting individually involved, namely the diaspora, through a plan of action consisting of support for education and training in the Middle East, and remotely.