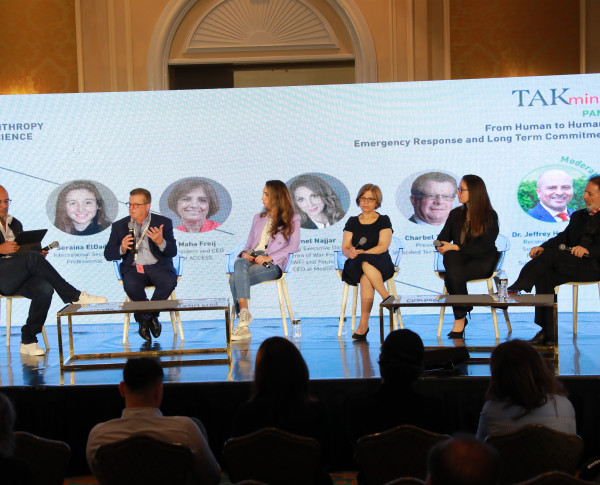 From Human to Humane / Emergency Response and Long Term Commitments

The panel discussed the role of diaspora and able individuals to help change the world. From human to humane. Be it through profit or not-for-profit organizations. Thomas Abraham, Chairman of the Board at Abraham Foundation, said it best and in the most flagrant of ways: Enough is Enough!

Shifting the rhetoric from Power and Money to a more humane discussion about change and the roles of the diaspora. The panel continued to Serena El Dada, where she distinguished “humane” as an intentional mode of operation versus catering to the human aspect which is more about the needs and tendencies of humans. Maha Freij thought that being able to self-express is the highest form of humanity, especially when directed to a cause. Amel Najjar told the story of how Children of War came to be, one that hit the core of the subject in question, as out of her experience and suffering, she established the NGO to minimize hardships of others. Charbel Tagher admits that his greatest pleasure comes from giving. He believes in empowering people and its’ effect on his personal life.