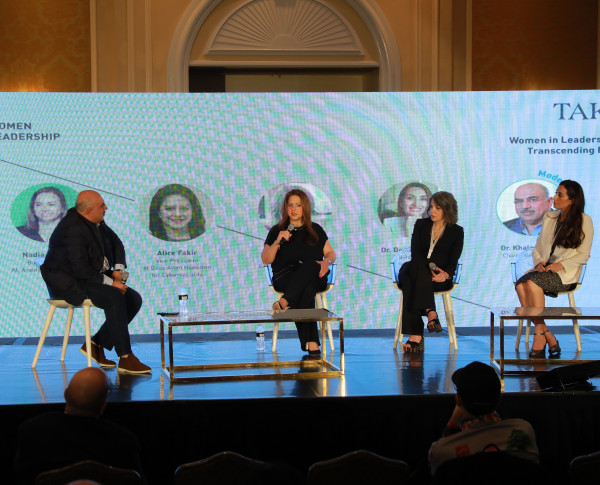 The discussion has started with Nadia Bilbassy, Bureau Chief at Al Arabiya news channel, online. They spoke about the hardship she faces to be successful in what she does. The discussion then continued asking the guests the simple question: How did you get here? What has happened in your life to be here at this stage? Dr. Khaled differentiated between being empowered and being subjected to empowerment by governments, without the proper means of implementation. An interesting point by Alice Fakir, Vice President at Booz Allen Hamilton for Cybersecurity, was the inherent differences between how genders operate and climb ladders of success and the need to have both ways of doing things to be present for a healthier work environment. She then offered the audience great advice to advance their careers, and it was especially directed at women, and it was to “take more time to network”, as she believes that how women succeed is through hard work, most of the time and that networking can be the extra push needed to attain better conditions at work, jobs, funding, etc.

Joumana Jaber described the life and role of her mother and its effect on her carrier development. She took her mother as a leader and an example to be followed. Finally, Dana Kuthaila mentioned that she used what she was thought at home, from working hard and learnings she took from her dad, summed in one piece of advice: To become independent.