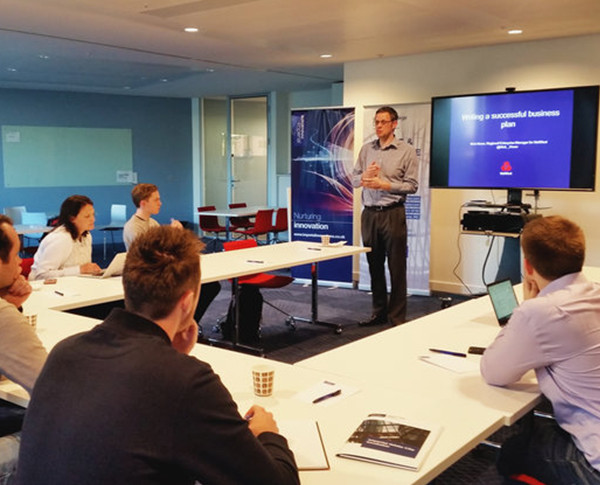 The White City incubator which helps start-up companies grow and progress is already delivering results just 18 months after its launching, it’s an up-and-coming project, and everyone is very optimistic for its the future. According to this article from Imperial College London, one great example is the Mina Therapeutics case co-founded by TAKREEM 2012 Scientific and Technological Achievement Laureate Dr. Nagy Habib which had a quick growth, and it's already moving to a bigger facility. Professor Habib is developing a new class of medicines called "small activating RNA". The news comes as the Incubator celebrates its first “graduating” company, MiNA Therapeutics. The company, which saw rapid growth in the Incubator, will shortly be expanding to new and bigger facilities at the White City campus. MiNA Therapeutics, which was co-founded by Professor Nagy Habib, Professor of Hepatobiliary Surgery at Imperial, is pioneering a new class of medicines called ‘small activating RNA’. These restore normal function to cells of patients with diseases including cancer and ischaemia, and have the potential to transform treatment. One of its drug candidates is currently in clinical trials for the treatment of advanced liver cancer, and last year the company received £35m investment from Sosei Group Corporation."