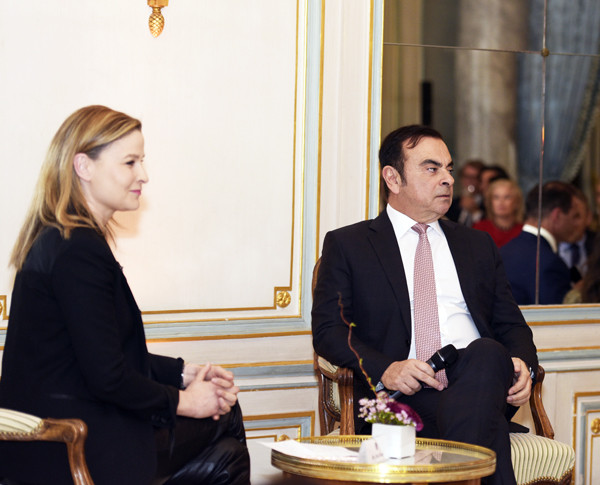 In this night talk during “An Evening with TAKREEM” which followed the Jury Board Meeting, CNN anchor and correspondent Hala Gorani leads the discussion on “HOW LEADERS THRIVE IN TOUGH TIMES” with Carlos Ghosn and Reema bint Bandar Al Saud. Carlos Ghosn was -at that time- the chairman and CEO of the Renault–Nissan–Mitsubishi Alliance. He was probably best known for orchestrating the remarkable turnaround of Nissan from near bankruptcy in 1999 before being arrested in Japan and escaping to freedom in an unprecedented way. Reema bint Bandar Al Saud is a Saudi Princess and is currently the Saudi ambassador to the United States. She took office as ambassador on 23 February 2019 becoming the first female envoy in the country's history. The talk delves into the characteristics of a true leader, especially in times of conflict.