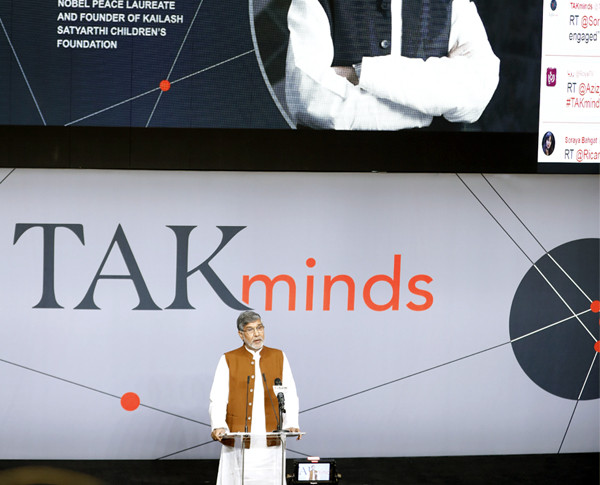 Kailash Satyarthi has been a tireless global advocate of children’s rights for four decades now. He left a lucrative career as an Electrical Engineer and started ‘Bachpan Bachao Andolan’ (Save the Childhood Movement) to rescue children and their families from the shackles of slavery paving way for their reintegration into mainstream society. Under his aegis, the movement has rescued over 87,000 children from the scourge of bondage, trafficking, and exploitative labour till date. In 2014, he was awarded the Nobel Peace Prize for the struggle against the suppression of children and young people and for the right of all children to education. Satyarthi’s unrelenting efforts to end child slavery, trafficking, forced labour, and violence received international support when he succeeded in getting child protection and welfare-related clauses included in the Sustainable Development Goals (SDGs) of the United Nations back in September 2015.To realize his vision of ending violence against children, he founded Kailash Satyarthi Children’s Foundation to work towards a child-friendly world where all children are free, safe, healthy and educated.