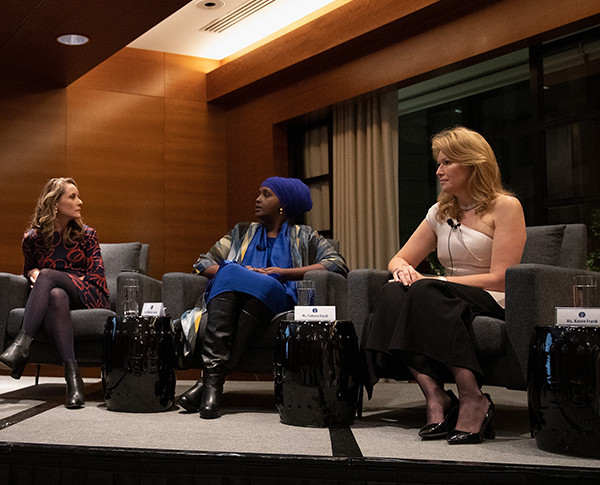 They are Shaping the world's Agenda - Panel Discussion

TAKREEM held its annual Jury Board Meeting in London to select this year’s Laureates whose names are to be disclosed during the Foundation’s upcoming annual Awards Ceremony next November.

The Jury Board meeting was followed by a dinner at the Four Seasons Hotel. The evening included a panel discussion entitled “They are shaping the world’s agenda”, tackling the important role women played as actors of change and by drawing attention to new ways, ideas, and best practices in male-dominated sectors. The panel gathered Barclays’ Karen Frank, CNN’s Nina Dos Santos, and the politician and humanitarian Fadumo Dayib; it was moderated by businessman Khaled Janahi.

The panelists discussed the role women are playing in society and on the international scene as decision-makers and leaders. They also shared their own personal stories as living examples of what difficulties women are facing in this current time in spite of how much women have proven to be active and reliable leaders.