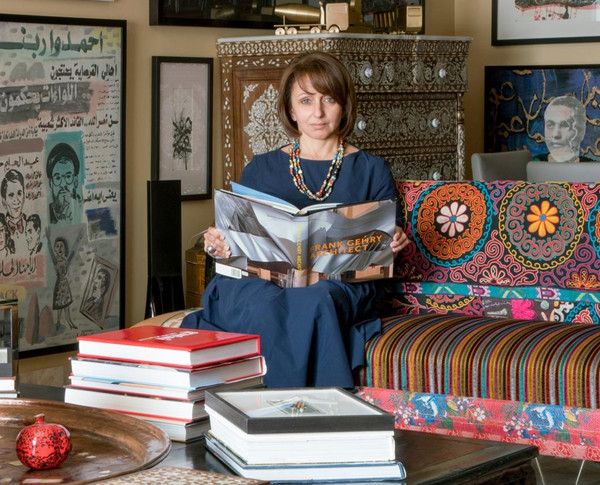 As published by the Emirates News Agency, Zaki Nusseibeh, Minister of State, Lord Eatwell, President of Queen’s College, and the UAE’s Ambassador to the UK, Mansoor Abulhol, recently attended a dinner held at Cambridge University celebrating the launch of the book, "Table Tales: The Global Nomad Cuisine of Abu Dhabi", by TAKREEM Foundation Selection Board member, Mrs. Hanan Sayed Worrell.

The culinary diplomacy dinner was based on recipes presented in the book which celebrate the cultural diversity of Abu Dhabi.

Table Tales is a newly released volume from publisher Rizzoli which features a series of profiles of diverse Abu Dhabi residents alongside their favorite recipes. The book connects people via food culture, and the experiences behind being a "global nomad", notions of home, a belief in the spirit of generosity, an embrace of the importance of hospitality, and adherence to value of friendship.

The eccentric selection of recipes in Table Tales illustrates the diversity of the city of Abu Dhabi and the universality of the rituals of cooking, eating and enjoying food together.

"I would like to thank Hanan for giving the UAE this fantastic culinary diplomacy tool through which we can share the story of our dynamic and diverse community and of the UAE’s commitment to diversity and multiculturalism, with the world," said Nusseibeh during his speech at the event.

The Minister of State continued, "Table Tales embraces the importance of hospitality and generosity, key values in our history and culture which are very much aligned with the UAE’s dedication to the pursuit of tolerance and peace both at home and abroad."

Today, there are over 200 nationalities living in the UAE. The country’s residents are travelers, and expatriates who have absorbed many culinary influences from various cuisines throughout their lives. Recipes and cooking styles merge with local ingredients to create a unique culinary context. The result is a glorious fusion of tastes, traditions and aromas, an expression of the rich multi-cultural kaleidoscope of nations, cultures, and influences that defines the UAE.

"Tolerance increases societal strength and resilience. It helps develop a globally-oriented and deeply cohesive society. This value as defined by the late Sheikh Zayed, the UAE’s founder, and first president, is poignantly illustrated across the pages of this book," Nusseibeh concluded.

The author and TAKREEM Board member, Hanan Sayed Worrell, is a specialist in international urban and cultural projects. As a careful and affectionate observer of Abu Dhabi for a quarter of a century, she is uniquely qualified to guide others on a culinary pilgrimage by way of its streets, homes, and flavors. Through her professional career, Hanan has contributed to several impactful projects in the region, including New York University Abu Dhabi and the Guggenheim Abu Dhabi. The connections she has made professionally and in her personal life form the rich tapestry of friendships presented in Table Tales: The Global Nomad Cuisine of Abu Dhabi.