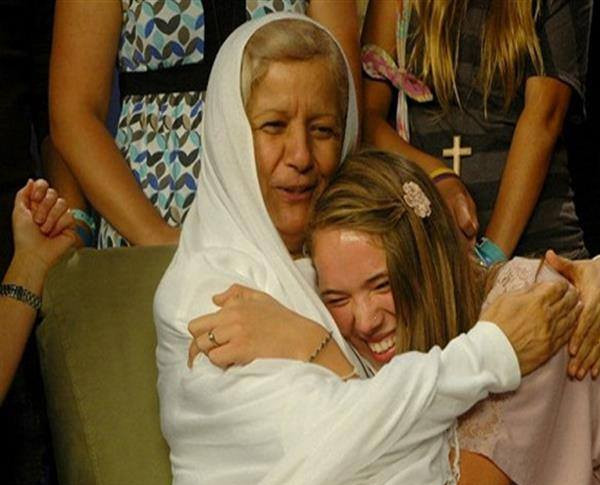 Several national and international institutions and bodies, including the Canadian Parliament, have nominated Egypt’s Magda Gobran, better known as Mama Maggie, for the 2020 Nobel Prize, according to an official announcement made by the Egyptian Ministry of Emigration and Egyptian Expatriates Affairs, on Thursday, February 13. Canadian MP Garnett Genuis nominated Mama Maggie in recognition of her constant commitment and dedication to serving illiterate and poor women throughout Egypt.

She was previously nominated for the Nobel Peace Prize in 2012.

Mama Maggie has been honored for her humanitarian work by many prestigious organizations and international officials. Moreover, Mama Maggie is the only Egyptian to have received the Arab Hope Makers award granted by Emirates Vice President Sheikh Mohammed bin Rashid Al Maktoum.

Magda Gobran used to be a top marketing executive and professor before becoming “Mama Maggie.” She gained worldwide recognition for giving up her comfortable upper-middle-class life in order to help the poorest residents of Cairo’s slums.

Prior to changing course, more than 20 years ago, Magda Gobran was a successful marketing manager and a distinguished computer science professor at the American University in Cairo. One Easter, she joined an outreach program that delivered food and clothing to poor families in Cairo’s so-called “garbage slums,” home to the city’s underprivileged families.

In the garbage slums, gripped by the despair she came across, she found her true calling. It was then that she set out on the road, which would earn her the pseudonym “Mama Maggie”. She gave up her life of affluence to help the citizens who touched her heart. Clad in all white, she would pay direct visits to the children because, as she put it, there is a “hero” inside every child that sometimes needed help getting out.

Mama Maggie introduced the concept of Community Education Centers, CEC. Today, there are several CECs and schools in poor neighborhoods, all of them working to improve the lives of underprivileged children.

The fruits of all her work culminated in 1985 when she founded the nonprofit charity Stephen’s Children in Cairo, Egypt. The charity’s mission is to help save lives, bring hope, and restore dignity to underprivileged children and young people.

Gobran has been nominated for the Nobel Peace Prize numerous times, including in 2012 by a group of lawmakers from the United States, and again in 2018. Asked about her life before she gave up her possessions, Gobran said: “it’s like history to me. “

Her leadership and initiative have guided Stephen’s Children for 25 years and helped reached over 30,000 families. Commenting on her moniker, she humbly says: “This is all I want to be… A mother to them all.”