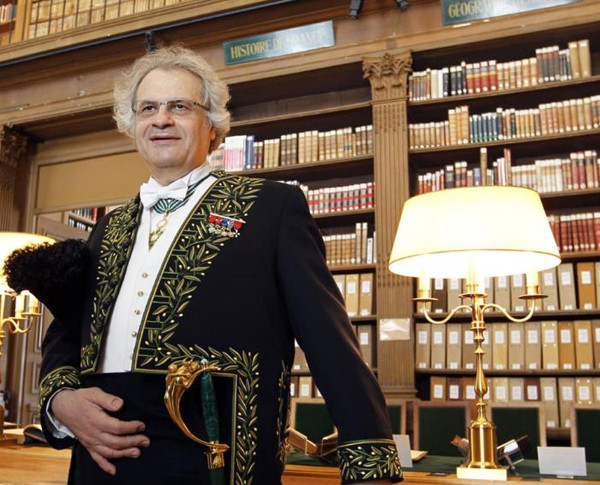 Amin Maalouf, Takreem Jury board member, has been awarded the National Order of Merit by the French government. The 71-year-old was elevated to the title of Grand Officer, the second-highest status of the merit, just one rung below the Grand Cross. Maalouf grew up in Badaro, Beirut: he worked as the director of the daily newspaper An-Nahar until 1976, when he and his family fled to Paris. Maalouf, who writes in French, but whose work has been translated into at least 40 languages, frequently analyses and untangles clashes between east and west in his work.

Maalouf’s characters transcend identity, religion, and nationality. They are travelers that voyage over lands, languages, and beliefs. They live in historic settings, recounting the beauty and the pain of their eras to the modern reader. Most are marked by Maalouf’s experiences in the Lebanese civil war and immigration. His gem, The Rock of Tanios, has won the French Prix de Goncourt in 1993.

He was born in Beirut in 1949 but has lived in France since 1976. After studying sociology and economics, Maalouf joined the Lebanese daily An-Nahar, for which he traveled the world covering numerous events, from the fall of the Ethiopian monarchy to the last battle of Saigon. Forced to emigrate to Paris as a result of the war, he settled there and resumed journalism. He became editor of the international edition of An-Nahar, then editor-in-chief of the weekly Jeune Afrique, before giving up all his posts to dedicate himself to literature.