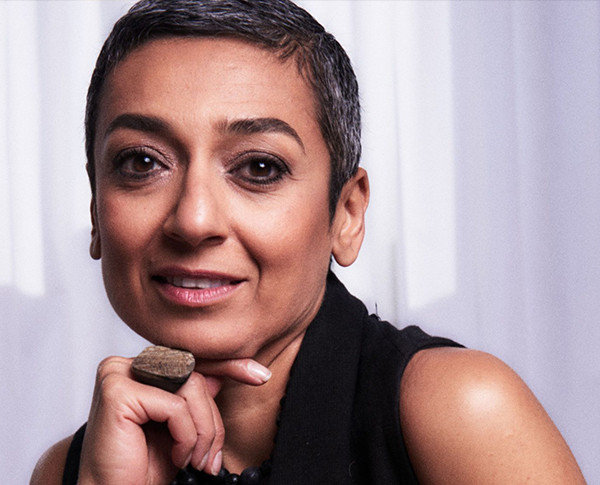 Zainab Salbi (Iraq) was recently appointed as a new Jury member for UNESCO/Guillermo Cano World Press Freedom Prize. Her colleagues are proud to welcome her as a lead female activist and journalist who has been very influential and impactful over the last decades. At the age of 23, Zainab founded Women for Women International, a grassroots humanitarian and development organization dedicated to supporting women survivors of wars. Under her leadership, for around 20 years, the organization helped more than 478,000 marginalized women in 8 conflict areas.

As a journalist, she created and hosted several shows including: #MeToo, Now What? on PBS (2018); The Zainab Salbi Project, original series on Huffington Post (2016); The Nidaa Show with TLC Arabic where she started with the historic first interview of Oprah Winfrey in the Arab world; and her latest Through Her Eyes with Zainab Salbi at Yahoo News. She frequently appears on MSNBC as a commentator on current news.

Zainab is also the author of several books and has been recognized as one of the most influential women in the world by several renowned international magazines. She was recently selected as a jury member of The Hilton Humanitarian Prize – the biggest award for humanitarian work throughout the world. She sits on the Board of Directors of Synergos and the International Refugee Assistance Project (IRAP).

Zainab is replacing Giselle Khoury, a renowned Lebanese journalist and talk show host on BBC Arabic, who completed her mandate as a Jury Member of the UNESCO/Guillermo Cano World Press Freedom Prize in which she enthusiastically and proficiently participated for the last 3 years and headed as Chair in 2020.

The Jury of the UNESCO/Guillermo Cano World Press Freedom Prize consists of six independent members, representing all types of media including digital media, one from each of the six regions as defined by UNESCO, in other words, six persons appointed in their individual capacity by the Director-General of UNESCO for a period of three years, renewable once.

Awarded annually, on the occasion of World Press Freedom Day (3 May) that will take place this year in Windhoek, Namibia, on 3 May 2021, the Prize is marked by a ceremony, and the winner is presented with the sum of US$ 25,000.

This Prize was established by UNESCO’s Executive Board, in 1997, in honor of Guillermo Cano, a Colombian journalist who died in the exercise of his profession. Its purpose is to reward each year a person, organization or institution that has made a notable contribution to the defense and/or promotion of press freedom anywhere in the world, especially if risks have been involved.