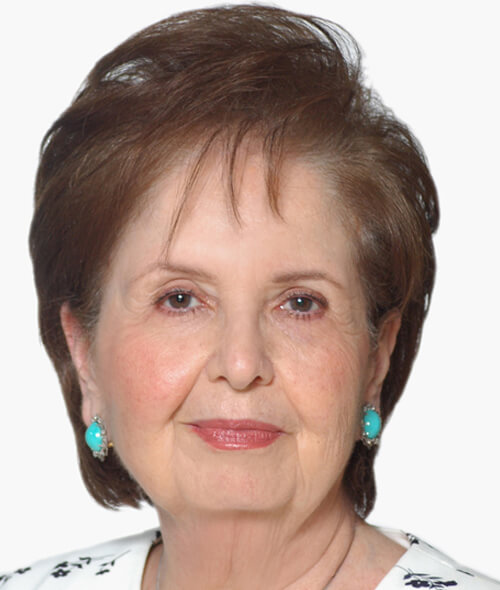 HE Dr. Leila Sharaf holds an impressive series of firsts on her political record. She became Jordan’s first Minister of Culture and Information in 1984 and was also the first Jordanian Minister to resign in almost thirty years. Her resignation was to protest the lack of liberalizing laws with regard to press censorship and the dilution of the influence of tribalism in society. In 1989, she became the first female member of the Jordanian Senate House. A Jordanian of Lebanese origin, Sharaf was born in Beirut in 1940. From an early age she exhibited a passion for politics, developing a reputation for staying true to her ideals. She has occupied diverse positions throughout her life, including working for the News Department of Lebanon TV, and being on the Chief Councils at both Philadelphia University and the Palestine International Institution. Leila has received many honorary offices including; the Board of Directors of the American Society for Public Education and Training in the Middle East, the Advisory Committee for the Theater under the Ministry of Culture, the Noor Al Hussein Foundation, the Royal Society for the Protection of Nature, the Board of Trustees of the American University of Beirut and the Arab Open University in Kuwait. She is also the President of the Islamic Cultural Society in New York and a Founding Member of the Cerebral Palsy Foundation in Jordan. She holds a BA and an MA in Literature from the American University of Beirut.