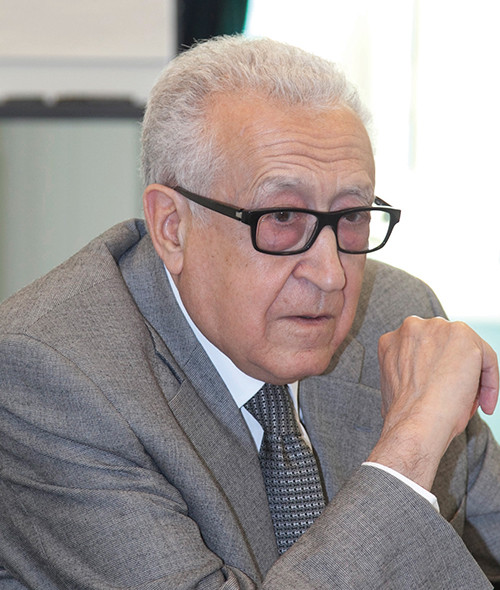 HE Dr. Lakhdar Brahimi is an Algerian diplomat known for his extensive peace-making efforts in Lebanon, South Africa, Haiti, Afghanistan, Iraq, and Syria. During Algeria’s struggle for independence from France in the late 1950s and early 60s, Dr. Brahimi was a representative of the National Liberation Front, the group that led the liberation struggle in Southeast Asia. He served in the Algerian government as Presidential Adviser and then as Under-Secretary General of the Arab League, all that before returning to the Algerian government as Foreign Minister in 1991. Frustrated with the conflict between the Taliban and other factions in Afghanistan, he resigned from his post in 1999. In 2000, he was lauded for his Report of the Panel on UN Peace Operations which recommended broad changes to the way UN peacekeeping missions were conceived and implemented. Lakhdar was appointed Special Adviser to the Secretary-General of the UN in January 2004. In August 2012, he was appointed the UN’s special envoy to Syria. He replaced Kofi Annan, who had resigned after failing to broker a cease-fire in the Syrian Civil War during his six-month tenure. He was a member of the Elders, a group of international leaders established in the early 21st century to promote peaceful conflict resolution throughout the world. Lakhdar was educated in Algeria and France and specialized in Law and Political Science.