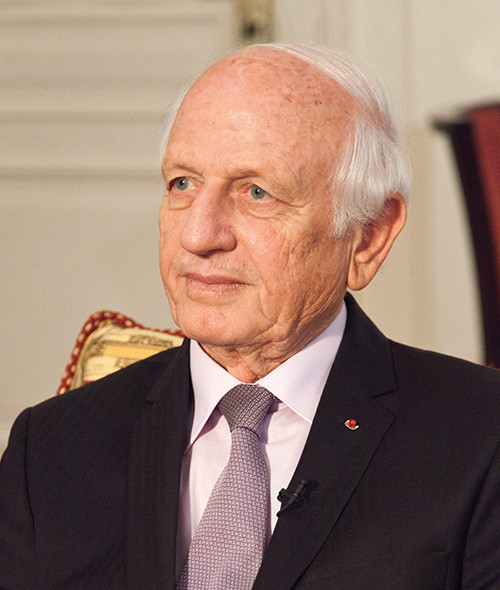 HE Mr. André Azoulay is a senior adviser to king Mohammed VI of Morocco. He has previously advised Mohammed's father, king Hassan II. He currently presides over the Anna Lindh Euro-Mediterranean Foundation for the Dialogue Between Cultures, based in Alexandria, Egypt. He is also President of the Executive Committee of the Foundation for the Three Cultures and the Three Religions, a founding member of the C-100 Davos Forum for the Dialogue of Civilizations and religions, and was formerly Executive Vice-President of the BNP Paribas, Paris. Previously André, had a long career within the Paribas Bank in Paris as Executive Vice-President where he covered the Middle East and North Africa Regions as well as heading the bank’s Public Affairs department. As Counsellor of the late King Hassan II and of king Mohammed VI, he has largely contributed to the implementation of economic reforms, which have been applied throughout the kingdom since their inception in the early 1990s. He also played a significant role in the privatization and deregulation programs which began in 1993. He emphasized the need for sustaining the role of the private sector and encouraging the international investment to sustain economic growth in Morocco. André was educated in Paris where he studied economics, journalism and international relations.