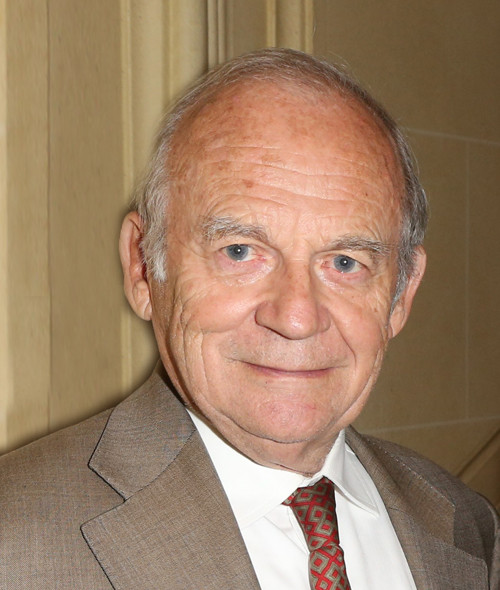 Prof. Alain Carpentier is a world-renowned heart surgeon who has not only pioneered novel methods for repairing faulty hearts, but also found a way to replace them. He invented the Carmat heart: the world's first fully implantable, self-regulating heart. Unlike similar prosthetics, Carpentier's device mimics the heart's natural physiology, adjusting the volume of blood it pumps depending on whether its recipient is active or resting. Previously, he was Head of the Department of Cardiovascular Surgery at the Broussais Hospital in Paris, an Emeritus Professor at the University Pierre-and-Marie-Curie, Professor at Mount Sinai School of Medicine in New York, Founder and Director of the laboratory for the study of heart transplants and prostheses. He is now Scientific Director of the company CARMAT which manufactures an artificial heart resulting from its work. In 1998, he was the recipient of the Grand Prize of the Foundation for Medical Research, rewarding an entire career, for his prestigious research in cardiac surgery. In 2007, he received the Albert Lasker Prize for Medical Research. Alain is a member of the French Academy of Sciences and sits on the Board of Directors of the World Heart Foundation. The recipient of numerous awards including: the Prix Mondial Cino Del Ducain 1996, and the prize of the American Association for Thoracic Surgery which bestowed upon him its Medallion for Scientific Achievement - A prize it gives out for only the fifth time in its history. He holds an MD and PhD from the University of Paris.