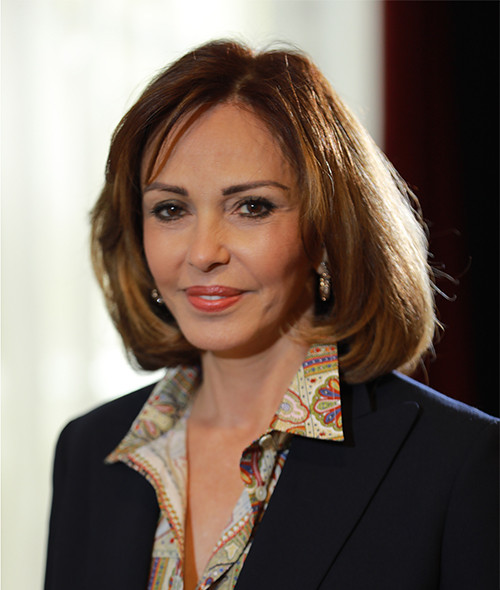 Nora Joumblatt is a Lebanese icon. She is a prominent women’s rights advocate in Lebanon and well-recognized for her work with young Lebanese women in rural villages, whom she encourages to engage in national politics. Since the beginning of the Syrian refugee situation, Nora has spared efforts alongside civil society groups in order to raise funds, provide education, and help host refugee children in Lebanon. To that end, she founded the Kayany Foundation in 2013. In the midst of the Lebanese Civil War, she established the Beiteddine Art Festival. Nora, first started off as a painter and founded Gallery 50-70 in Beirut, a gallery that has exhibited many an artist’s work. Over the years, she has maintained her interest and support of the arts through serving as the President of the Executive Committee of the Friends of the American University of Beirut Museum, a current member of the Executive Board of the European Festivals Association, among others. In addition, Nora has been an active member of the Executive Committee of the Children Cancer Center of Lebanon (St. Jude) since 2005, as well as a member of Board of Trustees of the Samir Kassir Foundation, and of the Executive Committee of ROTA (Reach Out to Asia) Qatar Foundation. She was awarded the “Chevalier de l'Ordre National du Mérite Français,” after achieving the title of Commander of the Spanish Order of Isabella the Catholic in 2009. Nora is married to the Lebanese politician, Walid Joumblatt and is the mother of two sons. She holds a BA. in History of Art and Fine Arts from the École des Beaux Arts in Paris.