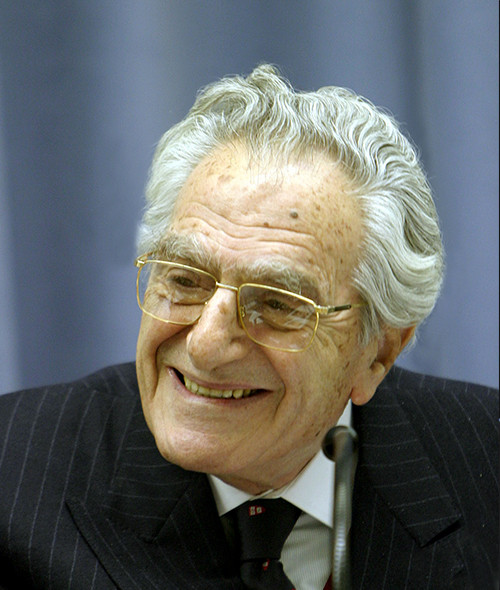 Mr. Ghassan Tueni was a leading Lebanese journalist, politician, diplomat and educator. Through his direction and thousands of editorials written over the years, he has made his newspaper, An-Nahar, a compelling and trusted voice in Lebanon and throughout the Arab world. Tueni began his AUB career as a BA student in Philosophy at the American University of Beirut in 1945 and afterward completed an MA in Political Science from Harvard University.

However, by the sudden death of his father, Tueni left his doctorate studies to take charge of the newspaper An-Nahar that his father founded in 1933. At the age of 22, Tueni became editor-publisher and from then on worked as a war correspondent for An-Nahar. From 1963 to 2010, he then served as editor-in-chief and editor-publisher of An-Nahar newspaper for more than half a century. He was also the publisher and Editor in Chief of French language daily Le Jour. Tueni’s journalism career paralleled his diplomatic and political activities. In 1951, at the age of only 25, he became a member of parliament. He was also speaker of the house from 1953 to 1957, and member of the Lebanese UN delegation in 1957. In 1970, he was deputy prime minister and minister of information and national education. From 1975 to 1977, Tueni was appointed the minister of social affairs, industry, and information, while continuing his work on the newspaper. During the civil war years, readers referred to An- Nahar as the “guardian of the national conscience, human rights, and moral values in society and politics.” In defense of these principles and his pursuit of press freedom, Tueni was jailed several times in his career. In 1967,

Tueni has mourned the loss of his wife and three children. His wife Nadia Hamade and daughter Nayla died after battling cancer, his son Makram was killed in a car crash and the other son, the MP, and journalist, Gebran Tueni, was assassinated in 2005.

At the age of 86, Ghassan Tueni’s prosperous life came to an end after a long illness in 2012