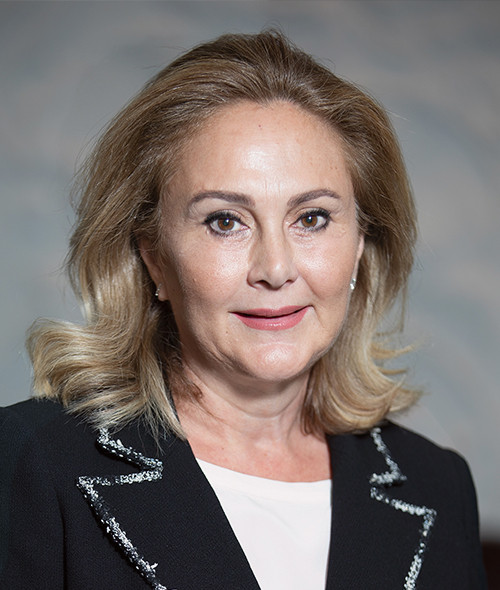 HRH Princess Alia Tabbaa studied at The Ahliyyah School for Girls in Amman during her school years, where she was always heavily involved in community service and voluntary work - A passion that she would later transform into her mission as a distinguished member of the Jordanian Royal Family.  Alia shared the passion of flying with Prince Faisal and obtained her Private Pilot License in 1989. She was awarded her wings by His Late Majesty King Hussein. She is the former wife of Prince Faisal bin Hussein and daughter of Sayyid Tawfik al-Tabbaa and Lamia Addem.Princess Alia is the Founder and President of the Promise Welfare Society, and the President of the Multiple Sclerosis Foundation. As of 2006, she became the President of the Cerebral Palsy Foundation, following Queen Noor of Jordan. In addition, she is the Head of the Board of the Zaha Cultural Centre and Honorary President of the Friends of Children Society which encourages equal learning opportunities for all children. Princess Alia holds a degree in International Relations from the University of Sussex.