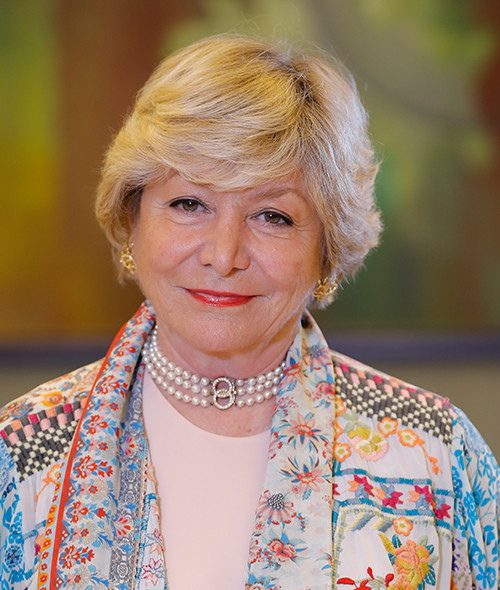 Mrs. Sylviane Zehil is an American-Lebanese journalist with over 35 years of experience in journalism, research, documentation and public relations. Since 1992, Sylviane has served as the New York and UN Bureau Chief for “L’Orient Le Jour”, a leading daily independent French language newspaper published in Lebanon.

In 1977, Sylviane launched and directed “CEDRE”, the first computerized documentation and research center in Beirut, Lebanon. She helped establish “La Maison du Futur”, a center for strategic studies where she worked under the direction of President Amine Gemayel.

In 2012, she received an honor from Brooklyn Borough President Marty Markowitz during the “Lebanese Heritage Day’s” celebration for her contribution to Lebanon at the United Nations and for her devotion in helping shape the Lebanese community in New York. She holds a Bachelor Degree and a Master Degree in Modern French Literature, from “Université de la Sorbonne”, Paris, France.