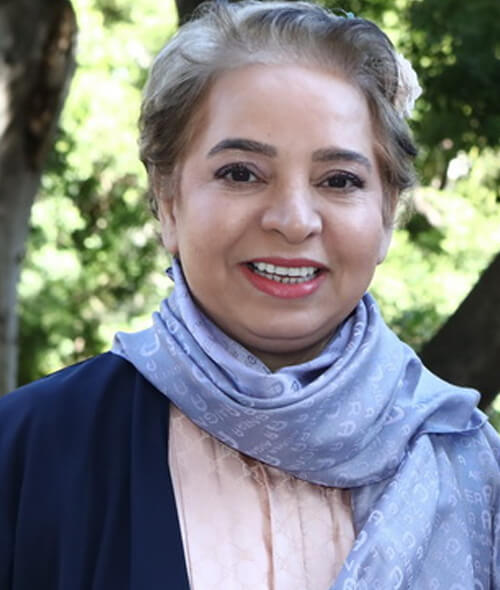 Mrs. Nadira Mahmoud, After earning her degree in Law, Nadira Mahmoud devoted her life to the arts, her passion. She opened an art gallery at the Muscat Intercontinental Hotel, the first of the Sultanate of Oman, and she simultaneously worked as an artist and businesswoman.

She has dedicated her efforts for painting and managing her gallery. Nadira has held several solo exhibitions in response to special invitations by the Information & Culture Department in Sharjah, by the Beaux-Arts Association in Damascus, the Tunisian Ministry of Culture, and from the Fagr theater festival part of the “Silk Road” program, Iran.

She has also presented her work at the Berlin International Exhibition, Germany and at seminar in Paris on the Creativity of the Arab Women held in the Arab World Institute. She received several awards including, the Omani Society for Fine Arts award. Nadira completed her degree in Law in Beirut.