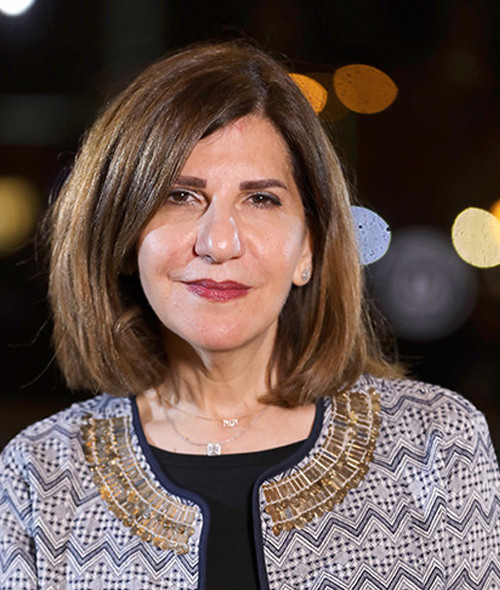 Mrs. Azza Humadi, In the past ten years, Azza Humadi has focused on developing, promoting, and sustaining women in business. She works in international organizations as well as in the private sector in the US and the Middle East. Throughout her career, Khalil has assisted Iraqi women in starting and developing their own businesses. She offered them the know-how by conducting seminars and training sessions.

Prior to that, Azza was an educational consultant for the Omani Ministry of Higher Education and Cultural Office in Washington, where she assisted the Ministry in its relationship with US institutions of higher education.

Azza has received more than ten awards of excellence from various international organizations, and institutions such as the US Institute of Peace. At the present time, Azza resides in Amman, Jordan where she dedicates her time and energy to charity work.