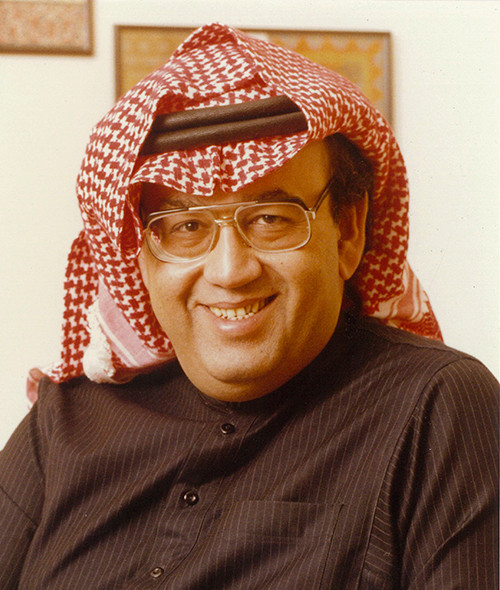 Dr. Ghazi Algosaibi was a widely admired Saudi literary and political figurehead. An intellectual celebrated for his work in academia, public service, diplomacy, and literature, he spanned the spectrum from pragmatic political analysis to thoughtful poetic reflection.

Born in 1940, his infancy was marked by the tragedy of his mother’s death when he was only nine months old. He later described his childhood as “oscillating between two poles”, one being his stern and severe father and the other being his exceedingly kind maternal grandmother. This upbringing instilled in him a view that shaped his later work as a manager, minister, and diplomat: “Authority without firmness leads to a dangerous complacency, but firmness without mercy leads to an even more dangerous tyranny.”

Dr. Algosaibi obtained his Bachelor’s degree in Law from the University of Cairo and a Master’s degree in International Relations from the University of Southern California. Returning to Saudi Arabia he was unexpectedly selected to be a member of the Saudi-Yemeni peace delegation, after which he briefly taught at Riyadh University (now King Saud University). After four years in London and having obtained his Ph.D. in Political Science from University College London, Dr. Algosaibi returned to Riyadh in 1971 to once again teach at Riyadh University, where he later served Dean of the Faculty of Commerce.

In 1973, Dr. Algosaibi left academia for civil service and accepted a position as Director of the Railroads Authority. In 1975, he was appointed Minister for Industry and Electricity, and later, by appointment of the HM King Fahd, Minister of Health. He also held the posts of Minister for Water and of Labor and was Saudi Arabia’s Ambassador to Bahrain and the UK. In all of his positions, Dr. Algosaibi was known to be a highly efficient administrator as well as a compassionate man, with many of his implementations still visible today.

Beyond his career in civil service, Dr. Algosaibi possessed an intrinsic literary genius that manifested itself in numerous volumes of poetry, novels, and non-fiction. Of all his publications, An Apartment Called Freedom and Al-Usfuriyah are perhaps the most famous. Dr. Algosaibi’s literary work also attracted many critics. In Saudi Arabia, he was often viewed as being too liberal, while in the UK he was viewed as a religious conservative. Today he is counted among one of the most influential writers of KSA, and his writings continue to inspire generations.

Dr. Ghazi Algosaibi passed away in August of 2010.