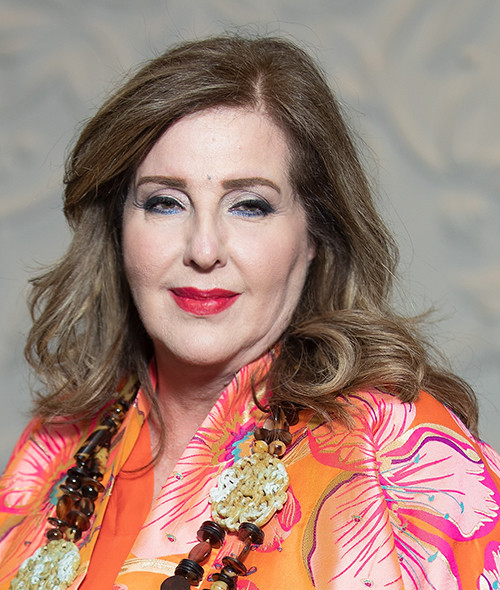 Paula Al Askari was born in the United States however she grew up in Lebanon, then moved to study International Affairs in Paris, and then lived in New York and London. In 1985, she moved to the United Arab Emirates, and she currently resides on Abu Dhabi’s Corniche, the place she considers as her home. Paula is passionate about culture and the Arts. She is a member the board of Patrons of Art Dubai, she was also member of the Board of Patron of Art International Istanbul, a member of Abu Dhabi Art board of friends, and was appointed as the Ambassador, for the very first participation from the UAE, to the Venice Biennale. She co-founded with HH Sheikha Shamsa bint Hamdan Al Nahyan, the Umsiyat concert series for spiritual music in Abu Dhabi, and she is a member of the board of judges of the Arab Woman Awards.