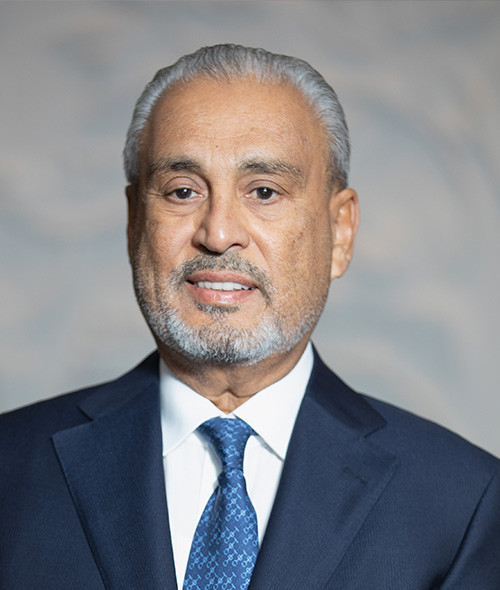 Abdul Hamied Ahmed Seddiqi is the Vice Chairman at Seddiqi Holding. He oversees all business operations across the diverse collection of high-performing companies within the group, including Ahmed Seddiqi & Sons, Seddiqi Properties, Swiss Watch Services, Dubai Watch Week and Mizzen. Abdul Hamied has played an instrumental role in growing the family business since joining in 1979. He worked closely with his late father and founder of Ahmed Seddiqi & Sons, Ahmed Qasim Seddiqi, to learn the intricacies of the business. His entrepreneurial spirit helped expand the company’s portfolio of brands, focusing on partners that were on trend and able to cater to the demands of local customers. His horological expertise, technical knowledge and sheer passion for the art of timekeeping have collectively helped Ahmed Seddiqi & Sons – the largest and longest-standing business unit of the group - to stay ahead of the curve and maintain its standing as the leading retailer of choice in the Middle East.  His business acumen later led him to invest in the real estate sector, which was the first step toward diversifying the family business. Abdul Hamied and his brothers have since worked tirelessly to grow the business, whilst maintaining the founding values and vision which have guided the company since its inception. His work ethic is rooted in building and maintaining strong customer and partner relationships; a tradition that was set by his late father, and is prominent in all aspects of the holding group. Prior to joining the family business, Abdul Hamied held a position at the Ministry of Foreign Affairs in Abu Dhabi as the main liaison for various government ministries. He holds a Bachelor of Business Management from Lemania College in Lausanne, Switzerland. He currently sits on the Board of Directors of the Dubai Economic Department and has been a member of the Board of Directors of Dubai Chamber of Commerce since 1997. In 2008, Abdul Hamied was honored to be appointed by La Fondation de la Haute Horlogerie as the Ambassador of Fine Watchmaking Industry for the Middle East, India and Iran region.