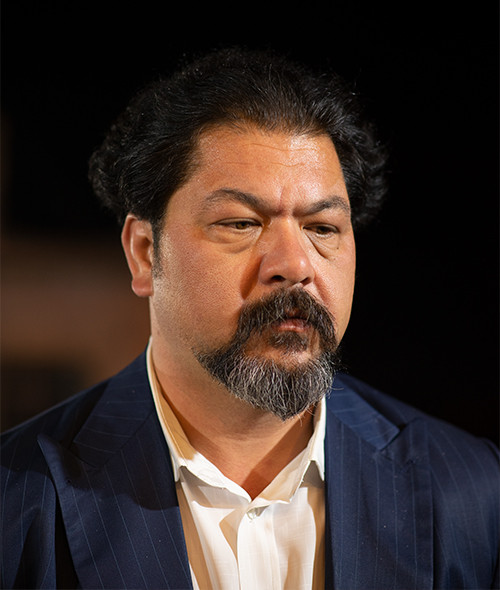 Karim Wasfi is a renowned cellist and conductor. Founder of Peace Through Arts Foundation and a fellow at the Geneva Center for Security Policy, he is a global peace building visionary. Maestro Wasfi was the Conductor of the National Symphony Orchestra from 2007 until 2016. In 2005, he established the Italy-Iraq Scholarship program in Modena, as well as reopened the British Council office in 2005.

Karim has more than two decades of experience in cultural diplomacy. He uses unique music and sound approaches for healing and cross-cultural integration, deradicalization, prevention of tension, and counterterrorism.

His approach, innovative as it is, has helped thousands of people in crisis areas to rise from violence, fear, and intimidation, and unleash their ability. In music, sound, and arts therapy, they were able to find their creative and peaceful selves. His work and initiatives have been widely covered by BBC, CNN, New York Times, Forbes and others. Videos of him playing music in the aftermath of explosions in Iraq went viral on YouTube, with more than 33 million views. In recognition for his transformative positive difference for the future of humanity and the world, Maestro Wasfi was honored as the 2018 global diplomat of cultural diplomacy in Abu Dhabi, the 2015 Humanitarian of the Year by the Arabian Global Business Community, and others. He studied Physics and Philosophy at Cairo University and holds an MA in Music Performance and Conducting from the world prestigious Indiana University School of Music, in Bloomington Indiana, USA.