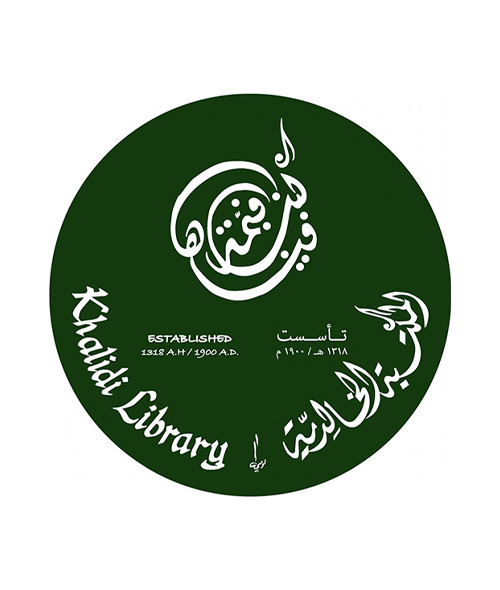 The Khalidi Library, al-Maktaba al-Khalidiyya, was established in 1899 by Hajj Raghib al-Khalidi, as a public trust or waqf. The library was intended to encourage learning and to help restore prosperity to the Arab world by fostering knowledge, and enabling people to match the powerful cultural establishments created by foreign powers throughout the region.

The announcement of the public opening of the Khalidi Library in 1900 stressed the linkage between libraries and culture going back to the era of the Greeks and the early Islamic era. Today, after extensive renovation, cataloguing and preservation measures, the Library is again ready to welcome scholars from around the world.

The Khalidi Library was made possible thanks to a sum bequeathed to Hajj Raghib al-Khalidi by his grandmother, Khadija al-Khalidi, daughter of Musa Effendi alKhalidi, who was Kadiasker of Anatolia in 1832. It was based on family holdings of manuscripts and books collected over many generations by Muhammad San’Allah, Muhammad Ali, Yusuf Diya Pasha, Musa Shafiq, Ruhi Bey and Yasin alKhalidi, as well as many others.