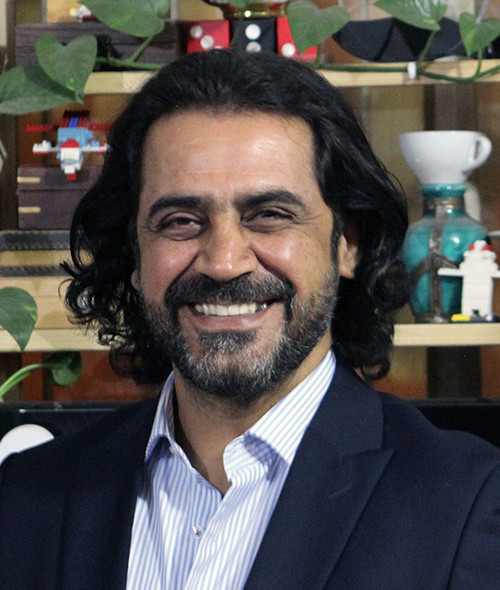 During the 2006 Iraqi civil war, Husham was working in Baghdad with the organization “Protecting the Children of Kurdistan”. When the organization halted its activities, he decided to continue on his own, personally taking in dozens of homeless children under his care. Soon after, Al Thahabi established the Iraqi House of Creativity.

Husham Al-Thahabi’s story began with the children themselves, who inspired him. He started to remotely follow their movements and their daily life patterns in the streets: how they became addicted to sniffing seccotine and paint thinner, living in a state of devastation; until he decided to enter their world without thinking about the consequences of his action. More than 380 children have graduated from the institution after rehabilitation. Some of them are now married, have kids, and are settled with their family. Husham Al-Thahabi draws inspiration from the children themselves. He became invested in the difficult lives they faced on the street and decided to play his part in changing things. He succeeded, and was able to affect how society views these children: today, most sympathize with the kids, realizing they were victims, not criminals.

Al-Thahabi was awarded Arab Hope Makers Initiative award launched by Sheik Mohammed bin Rashid Al Maktoum, Vice President and Prime Minister of the United Arab Emirates. Being one of the most positive influential figures in their society, he was awarded the title The Golden Star at the cultural exchange program 2018.