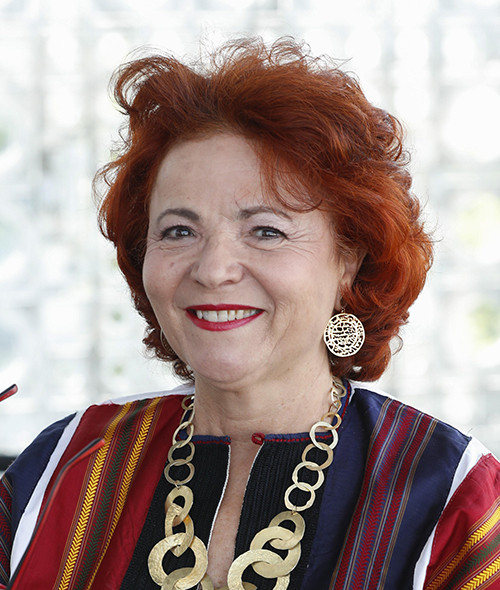 Essma Ben Hamida is the co-founder of the NGO Enda Inter-arabe and of the microfinance institution Enda Tamweel.

A social entrepreneur and development activist who started her career as a high school teacher, Essma was the first to introduce micro-finance to her home country Tunisia. After working as a journalist at the Tunisian Television company and as chief correspondent for the Tunisian Press Agency, she continued a successful 12-year career as an international journalist. For almost 9 years, Essma wrote extensively on the activities of the UN agencies based in Rome (FAO, IFAD, World Food Program and World Food Council) and visited development projects in several third world countries in Latin America, Africa, the Middle East/North Africa and Asia, interviewing poor and excluded people and reporting on their conditions and on the impact of the UN development programs.

In 1990, she returned home with her husband Michael Cracknell and launched the first best-practice microfinance institution. In 24 years, Enda has served a total of 800,000 low-income micro-entrepreneurs, two-thirds of them women living in disadvantaged urban and rural areas of Tunisia. Today, Enda’s “active clients” are approaching 400,000 with 93 current branches in all 24 governates of the country. Her NGO, self-sufficient thanks to the income from the company, can now empower women and spread the entrepreneurship mindset among youth and children, enabling them to create their own jobs in a country facing heavy unemployment.

In August 2018, Essma resigned as CEO of the micro-finance company, Enda Tamweel, to chair the NGO. She remains on the board of directors of Enda Tamweel and of the board of a Tunisian think tank “Ibn Khaldoun Development Forum”. She has received several national and international awards, including the distinction of “Outstanding Social Entrepreneur in the Middle East and North Africa of the year 2010” by the prestigious Schwab Foundation and the World Economic Forum.