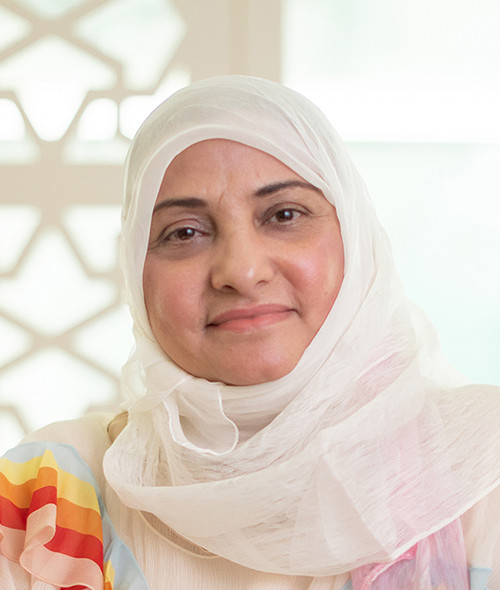 Haifa Jamal Al Lail is the President of Effat University in Jeddah, Saudi Arabia. She has been involved in education reform in Saudi Arabia since 1991, focusing on women’s issues and cultural dialogue. Before joining Effat University in 1998, Haifa Jamal Al Lail was the first Dean of Girls’ Campus in King Abdulaziz University, Saudi Arabia. As one of seven children raised in a single-mother home, Haifa drew a great deal of inspiration from her widowed mother who insisted that all of her children – both male and female – graduate from university.

Haifa fulfilled her mother’s wishes, and with her continued support and encouragement, became the first Saudi national to complete a Doctorate in Public Policy, at the University of Southern California, Los Angeles. Besides academia, Haifa has worked with diverse organizations, such as the Jeddah Chamber of Commerce and the World Economic Forum. Internationally, she has worked tirelessly to combat stereotypes about Muslim women.