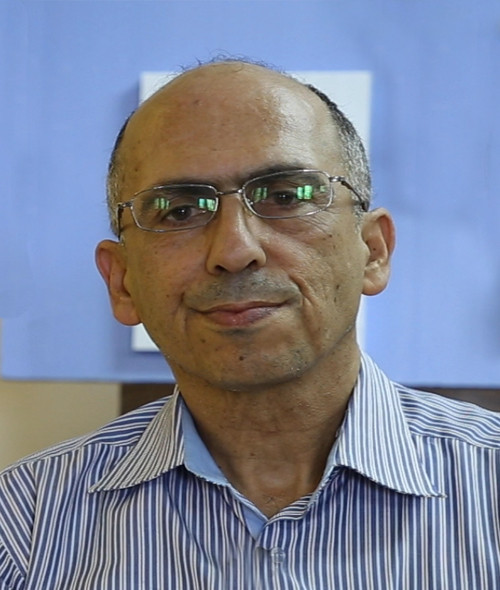 Mazin Qumsiyeh is a teacher and researcher at Bethlehem and Birzeit Universities.

After serving on the faculty of the University of Tennessee, Duke University, and Yale University, Qumsiyeh and his wife returned to Palestine in 2008. They launched a number of institutions and projects, one of which was the clinical genetics laboratory to serve cancer patients and others. They founded and ran, as full-time volunteers, the Palestine Institute for Biodiversity and Sustainability, PIBS, at Bethlehem University.

Throughout his career, Qumsiyeh has published over 140 scientific papers on topics ranging from cultural heritage to biodiversity to cancer. His published books include “Bats of Egypt”, “Mammals of the Holy Land”, “Popular Resistance in Palestine: A History of Hope and Empowerment”, and others. Besides publishing hundreds of articles and letters to the editor, and a book on activism, Qumsiyeh has given talks in 45 countries around the world.

He believes in empowering young people to work on social and environmental causes. The programs that he and his wife created have impacted thousands. Today, PIBS has become a “Mecca” for visitors to Palestine from around the world. In his lifetime, Qumsiyeh was harassed and arrested for non-violent actions, but he has also received a number of prestigious awards for these same actions which have inspired countless young people and activists around the world.