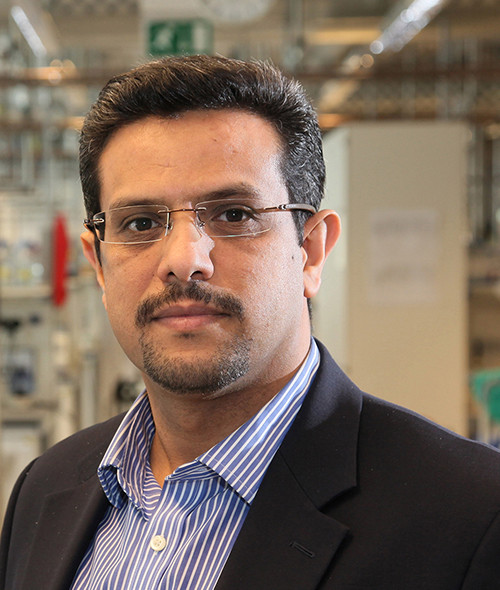 Hilal Lashuel, PhD, is an associate professor of life sciences and the director of the Laboratory of Molecular and Chemical Biology of Neurodegeneration at the Brain Mind Institute at the Swiss Federal Institute of Technology Lausanne (École Polytechnique Fédérale de Lausanne or EPFL).

He received his degree in chemistry from the City University of New York in 1994 and completed his doctoral studies at Texas A&M University and the Scripps Research Institute in 1999. Hilal, originally from Yemen, immigrated to the United States at the age of 15 and was able to get the highest degrees, although he says he never really liked studying during his youth.

In addition to his appointment at the EPFL, Hilal Lashuel was a visiting associate professor at the Department of Neurology and Neurological Sciences at Stanford University from 2012 to 2013 and served as the Executive Director of Qatar Biomedical Research Institute (QBRI) and a professor at Hamad Bin Khalifa University from 2014 to 2016. Dr. Lashuel was named a Young Global Leader by the World Economic Forum in 2012.

Research efforts in the Lashuel’s laboratory focus on understanding the molecular mechanisms of neurodegeneration and developing novel strategies to diagnose and treat neurodegenerative diseases such as Alzheimer’s and Parkinson’s disease. Dr. Lashuel is also one of the co-founders and secretary general of the society for advancing science and technology in the Arab World (SASTA), that was founded in 2010. SASTA’s mission is to contribute to the advancement of science, technology, higher education and research in the Arab region. In collaboration with the World Economic Forum, Dr. Lashuel and the leadership of SASTA are working with other Arab scientists to engage with business leaders and policy makers from the region and formulate specific recommendations focused on promoting Education, Science and Technology as catalysts for transformation and development in the region.