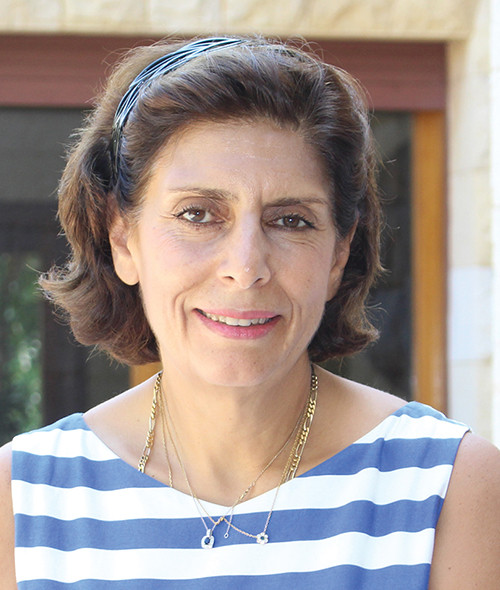 Claude Doumet-Serhal is a Lebanese archaeologist born in Beirut. During the Lebanese civil war, she travelled to Paris and enrolled in both la Sorbonne Paris 1, where she obtained her PhD, and in the Ecole du Louvre, where she obtained her diploma. Her work on the field during that time was mainly focused on Syria, in Ras Shamra-Ugarit and Ras Ibn Hani.

She subsequently moved to London and in 1993, established the non-profit organization: the Lebanese British Friends of the National Museum. The organization aimed to promote the power of cultural heritage in order to project a positive image of Lebanon, to raise funds and to provide technical support for the restoration and refurbishment of Beirut’s National Museum after years of civil war.

A joint excavation project directed by Claude Doumet-Serhal was launched in 1998 in Sidon between the British Museum and the Department of Antiquities of Lebanon. 21 years of on- going excavations at this site have yielded groundbreaking results: The Sidon excavation is considered to be one of the most important excavations on the Levantine coast revealing a continuity of uninterrupted occupation from the end of the third Millennium BC to the Crusaders period and providing, through Canaanite DNA analysis at the Sanger Institute in Cambridge, a definitive answer to the questions related to Lebanese ancestry.

Claude Doumet-Serhal was awarded a Member of the British Empire award (MBE). She is a Fellow of the Society of Antiquaries in London, a special Assistant at the British Museum, an Honorary Research Fellow at University College London and a Member of the Laboratoire UMR 8167 Orient et Méditerranée, CNRS Paris, as well as a Trustee of the Honor Frost Charitable Trust in London. She also received in 2015 a distinction from the Lebanese CNRS for scientific research. She has and continues to exhibit and publish prolifically the results of her work.