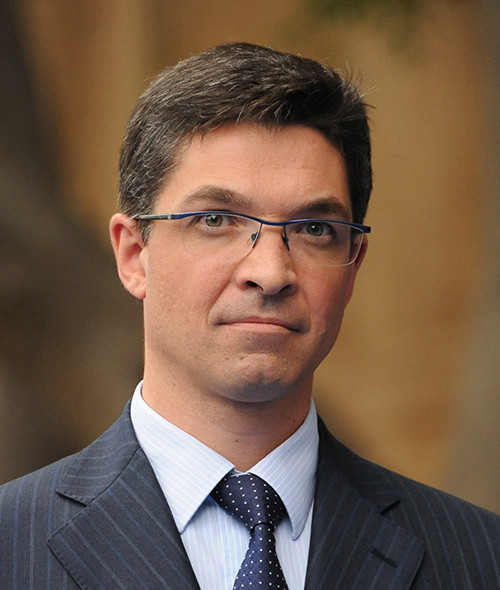 Stéphane Attali was the Director General of the École Supérieure des Affaires (ESA) in Beirut. With degrees from the Paris Dauphine University and from the Paris Institute of Political Studies, he started his professional career as advisor for a consultancy cabinet in Paris. In 1999, he joined the international management of the Chamber of Commerce and Industry of Paris. From 2002 to 2007, he was dispatched for the first time to Beirut to join the ESA, a Great School of Management that was founded by the Lebanese and French governments, under the management of Chamber of Commerce and Industry of Paris-Ile-de-France.

He held the position of responsible of pedagogic development, and established the School’s Business Cluster. He then joined ESCP Europe, the Great School of Management of the Chamber of Commerce and Industry, as assistant to the Director General before going back to Beirut in January 2009 as ESA’s Director General. Mr. Attali was also the president of the Meref – CCI France Liban, which was born in April 2008 from a collaboration between French and Lebanese business owners and with the support of the Economic Mission of the French Embassy in Lebanon. During an entire decade, he contributed to making the Ecole Supérieure des Affaires the flagship of French higher education in Lebanon and the Middle East, thus playing a crucial part in France’s outreach in Lebanon and vice versa. He also carried out projects in educational, sanitary, and social fields that were beneficial to many.

In October 2018, Stéphane Attali was made Knight of the French National Order of Merit by the French Ambassador in Lebanon Bruno Foucher, and received the Gold Medal of the Order of Lebanese Health Merit from the Lebanese President Michel Aoun. He left us in July of 2019, reminding us with each of his accomplishments that nothing can resist the passion we poor in our lives and endeavors.