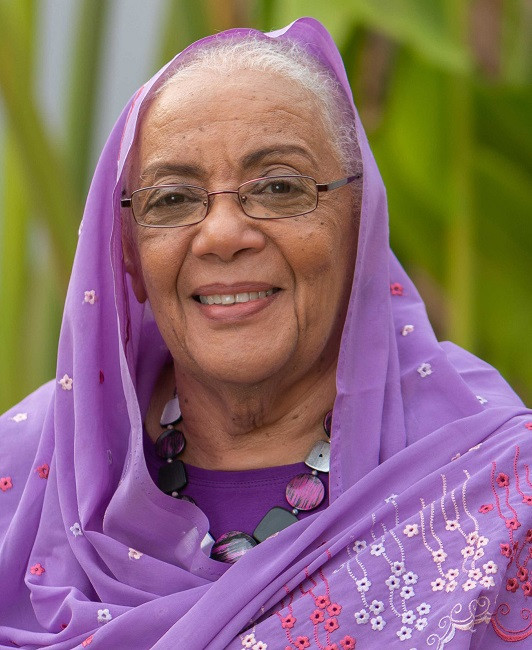 Balghis Yousif Babiker Badri is a feminist militant from Sudan. A scholar, an activist, and a consultant, Badri has studied, guided, and lobbied for change in crucial issues such as gender equality, the introduction of a women’s quota, and the political empowerment of women. She is a particularly fierce campaigner against female genital mutilation. Badri is a pioneer in introducing women’s studies to the master’s program at Ahfad University from 1997 onwards. She promoted the field of women’s studies at Ahfad University for Women, and by 2010, grew the institute into a regional one, establishing international links with universities and research centers in Africa, Europe, the USA, and Canada. Under Badri’s direction, the institute became engaged in several activities related to legal reforms, constitution content, and electoral systems, alongside issues related to education and human rights issues. The institute earned the support of various international bodies including USAID and the UN. In 1993 and 1994, Badri was selected by UNICEF to become the organization’s regional consultant for the introduction of gender mainstreaming in Iran, Egypt, and Syria. She also became the main trainer for WFP’s gender sensitivity program. Before that, she had been amongst the pioneers who established the Babiker Badri Scientific Association for Women Studies in 1979. With her as president, the association was active in developing integrated women's development centers at 12 Villages in the White Nile, the Red Sea and the North State. Badri’s contributions to the lives of women and children in Sudan are countless and their impact will resonate for generations to come.