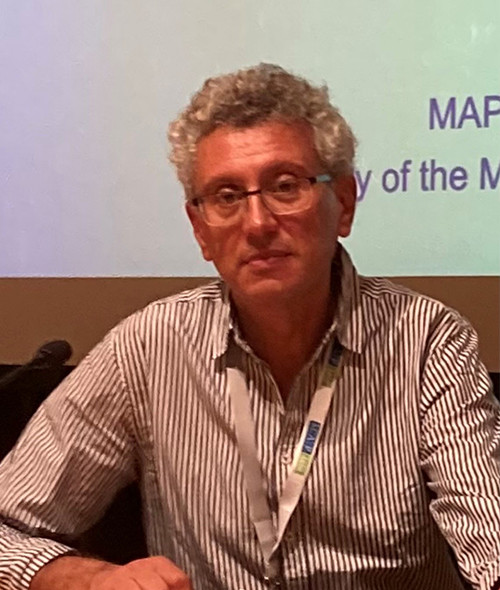 Professor Izzat Darwazeh is the founding Director of UCL’s Institute of Communications and Connected Systems that, with over 130 members, is one of the largest of its kind in Europe. He also is the Chair of Communication Engineering at UCL and the University of London (since 2006).  Professor Darwazeh was born in Syria in 1963, moved to Jordan in 1976 where he completed his high school and obtained his first university degree and then moved to the UK in 1984 to pursue postgraduate studies. He has worked in UK academia since 1991 and He pioneered the development of new techniques for Optical and Wireless Communication Systems that have led to several world’s first demonstrations. is the author/co-author of over 300 scientific papers and four books, all in the area of electronic and communications engineering. He serves as consultant to major organisations including governments and the UN, electronics and communications industries, regulators, and investment houses and venture Capital firms. He regularly acts as a consultant to law firms in the UK, Europe and the USA and has served as an expert witness in telecommunications patent litigation cases in courts in England and overseas. In addition to his academic work, he has been active in Palestinian and Arab advocacy work in the UK including co-founding the UK’s Arab British Association (2008), the British Palestinian Policy Council (2016) and serves/served on several academic advisory boards including the board of trustees of the Institute of Palestine Studies and the advisory committee (from 2013) of the Centre of Palestine Studies at SOAS-University of London (from 2015 to 2021).