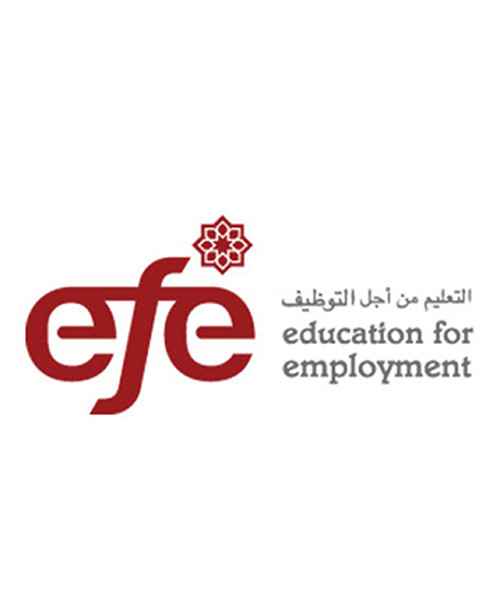 Since its launching in 2006, Education for Employment (EFE) has trained and provided jobs for over 3,300 youth in the Middle East and North Africa (MENA). It has also arranged for employability and entrepreneurship training to an additional 7,000 young women and men across the MENA region. In 2012, more than 3,800 youth - 50% of them young women - graduated from EFE training programs. EFE’s exponential growth is predicted to accelerate, reaching over 10,000 graduates in 2013, providing support to over 600 1st Partnerships with more than 1,200 businesses, education institutions, civil society organizations, and others have helped to make this possible. In 2013,

EFE reached a new youth employment milestone where over 1,000 companies in the MENA region - from major multinationals to small and medium-sized enterprises - employ EFE graduates. EFE’s early success and rapid growth have been made possible by its network model that builds locally-run, independent affiliates throughout the region and connects them to resources, systems, and expertise through organizations in Europe and the United States.

From the start-up of programming in Palestine and Jordan in 2006, the EFE Network has grown to include new local affiliates in Egypt, Morocco, Tunisia, Yemen, and a sister foundation in Europe. EFE has received growing recognition as a leading innovator in crafting youth unemployment solutions. At the 2012 World Economic Forum (WEF) Meeting of New Champions, EFE Founder & Chair Ron Bruder and President & CEO Jamie McAuliffe were recognized as Global Social Entrepreneurs of the Year, by the Schwab Foundation.

In addition, EFE has received visibility through TIME Magazine’s 100 Most Influential List, and at Davos and regional WEF meetings, the Clinton Global Initiative, United Nations and other international forums.