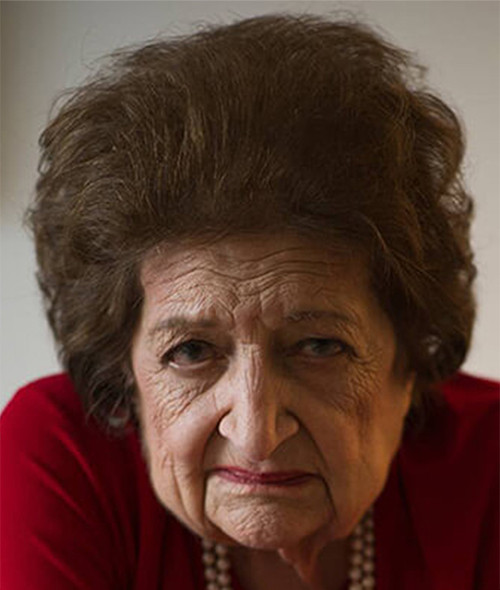 Mrs. Helen Thomas was one of the most courageous and conscientious journalists in the United States today. In her long and distinguished year career, she has confronted U.S. Presidents from Eisenhower to Obama, asking the tough questions that her colleagues often ignored.

Thomas was born to Lebanese parents in Winchester, Kentucky in 1920. She was raised in Detroit and later graduated from Wayne State University. She began her journalistic career a year after college, as a copy girl on the Washington Daily News, followed by United Press International and Hearst Newspapers.

Thomas was not only a campaigning journalist; she was also a pioneer for women in her profession. She served as President of the Women's National Press Club in 1959-60, and she was the first woman officer of the National Press Club after it opened its doors to women for the first time in 90 years. In addition,

Thomas became the first woman officer of the White House Correspondents Association in its 50 years of existence and served as its first woman president in 1975-76. She also became the first woman member of the Gridiron Club, and the first woman to be elected its President in 1993. In 1968, Thomas was named the Newspaper Woman of Washington by the American Newspaper Woman's Club, and in 1975, Ladies Home Journal named her the Woman of the Year in communications. She has also received the Matrix Award from the Women in Communications, and the World Almanac named Helen Thomas as one of the twenty-five most influential women in America.

She has received 42 honorary doctorate degrees. An icon of American journalism and a proud Arab American, Thomas has written hundreds of columns and five books, including her latest, Listen Up, Mr. President: Everything You Always Wanted Your President to Know and Do, published in 2009. In 2008, she released her first children’s book, The Great White House Breakout (written with Pulitzer nominated political cartoonist Chip Bok).

Forced to retire in June of 2010 because of comments she made about Israel’s oppression of the Palestinian people, Thomas kept on traveling in the United States, giving speeches and receiving awards. She passed away on July 20 of the year 2013 at her house in Washington, D.C."