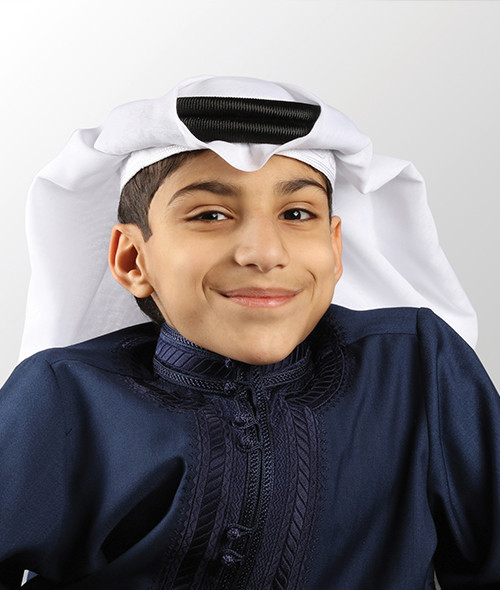 Mr. Ghanim Al Muftah is a twin brother born with Caudal Regression Syndrome, a rare disorder that impairs the development of the lower spine. Given very little chances of survival by doctors, Ghanim has managed to live beyond his fifteen years. His story has served to amaze and inspire people being a prominent and exceptional exemplary for the youth and the disabled people across the world. Ghanim owes much of his success to his parents who have been an unfaltering influence on his positive development with their insistence that Ghanim leads a normal life, beyond the confines of his incapacity. On yearly basis, Ghanim receives expert surgical care in Europe.

He is Qatar’s youngest entrepreneur, having founded Gharissa Ice Cream, a company that has 6 branches and hires 60 employees. Ghanim seeks to expand his business and open franchises across the entire Gulf region.

It is Ghanim’s hope to become a future Paralympian. Despite his disabilities, Ghanim lists swimming, scuba diving, football, hiking and skateboarding as his favorite sports. At school, Ghanim used to play football wearing shoes on his hands and would chase after the ball with his ‘normal-sized’ friends. Astonishingly, Ghanim has climbed Jebel Shams, the highest mountain peak in the entire Gulf region. Fearless, he has publicly voiced his intention to climb Mount Everest.

With over 1 million followers on Instagram, Al-Muftah aims to study Political Science at university, with the goal of becoming a future Prime Minister of Qatar.