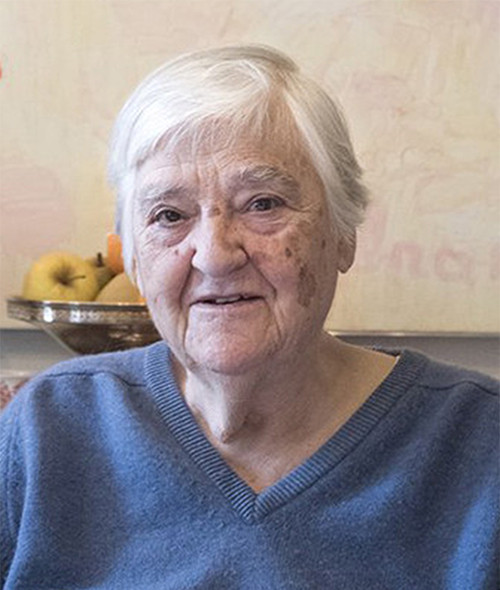 Etel Adnan was born in 1925 and raised in Beirut, Lebanon. Her mother was a Greek from Smyrna, her father, a high ranking Ottoman officer born in Damascus. In Lebanon, she was educated in French schools. She studied philosophy at the Sorbonne, Paris. In January 1955 she went to the United States to pursue post-graduate studies in philosophy at U.C. Berkeley, and Harvard.

From 1958 to 1972, she taught philosophy at Dominican College of San Rafael, California. Based on her feelings of connection to, and solidarity with the Algerian war of independence, she began to resist the political implications of writing in French and shifted the focus of her creative expression to visual art. She became a painter. But it was with her participation in the poets’ movement against the war in Vietnam that she began to write poems and became, in her words, “an American poet”. In 1972, she moved back to Beirut and worked as cultural editor for two daily newspapers—first for Al Safa, then for L’Orient le Jour. She stayed in Lebanon until 1976. In 1977, her novel Sitt Marie-Rose was published in Paris, and won the “France-Pays Arabes” award. This novel has been translated into more than 10 languages, and was to have an immense influence, becoming a classic of War Literature. In 1977, Adnan re-established herself in California, making Sausalito her home, with frequent stays in Paris. In the late seventies, she wrote texts for two documentaries made by Jocelyne Saab, on the civil war in Lebanon, which were shown on French television as well as in Europe and Japan.

Her poetry incorporates surrealist imagery and powerful metaphorical leaps with language-based and formal experimentation, using unexpected and experimental techniques to address the nature of exile and political, social, and gender-based injustice. Adnan is the author of numerous books of prose and poetry, and is also a painter, sculptor, and weaver whose art has been exhibited internationally. She served as the president of RAWI: Radius of Arab-American Writers Incorporated. She lived with her partner, the artist and writer Simone Fattal.