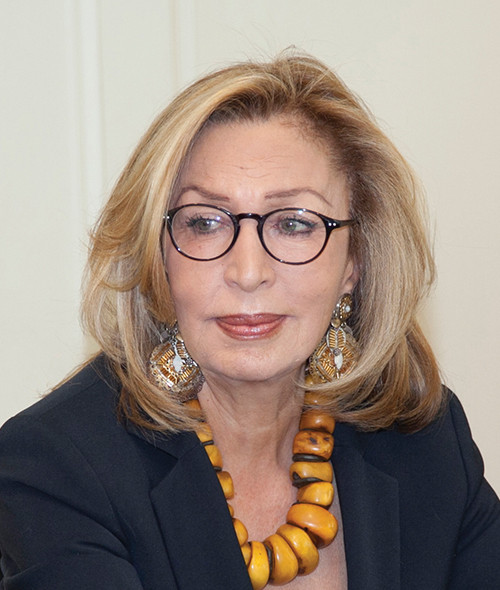 Dr. Nouha Alhegelan’s diplomatic status has allowed her to live in many cities around the world, and she has had the privilege of meeting a wide spectrum of personalities and nationalities ranging from Spain to Latin America, Europe to North America, and of course the Middle East. Due to her lifestyle as the wife of a Saudi ambassador, she has had first hand exposure to the misconceptions that the world often forms of the Arab world and the amount of unrecognized Arab excellence. Nouha has spoken out about life in the Middle East, having crisscrossed the USA to give talks at universities and numerous organizations ranging from World Affairs Council of San Diego to the Foreign Policy Association in New York, as well as having numerous appearances on TV programs. In addition, she challenged stereotypes, refusing the imposition of certain rules upon her simply because of her gender. She has stood up for her personal views, publicly protesting in Washington D.C. the Israeli blockade of water, food and electricity on West Beirut in 1982. She was awarded an honorary doctorate in Humane Letters from Allegheny College and was decorated with the Lazo de Dama de la Orden de Isabel la Católica in 1968. Nouha holds a Law Degree from Damascus University.