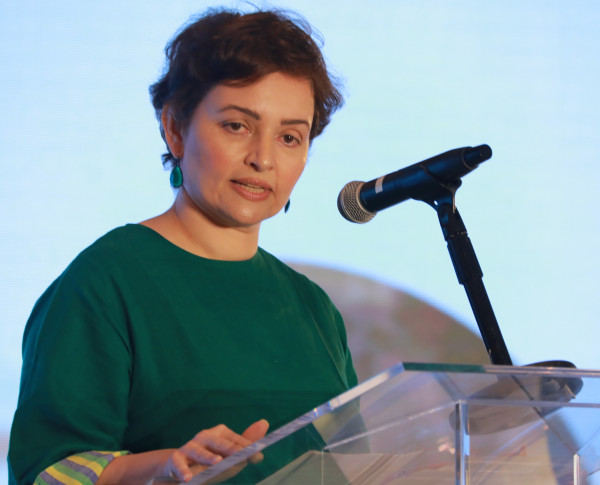 Dr. Ghida shared a story about how she thought there can be no great physicians and doctors from our part of the world.

She told the story of what her father shared with her: Don’t ever forget your past but never let it dictate your future.

This is what began her journey as Arab American.

Capitalizing on a collective past of innovators, she then spoke of the start of the idea of vaccines some 300 years ago, as practiced by the Turks, leading to the fact that Arabs were practicing this since history can remember.

Her speech and ideas in it are an homage to the ingenious people who came before us and stand as a reminder that contrary to a false east-west binary system, it is only when east and west unite do cures arise. Inspiring and motivational to say the least.