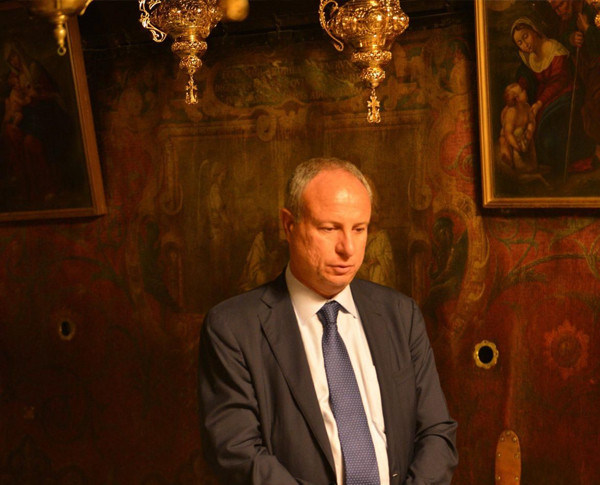 Samer Khoury recovering from the coronavirus!

TAKREEM Honorary Board Member, Samer Khoury, the president of Consolidated Contractors Company, the 17th-biggest international contracting group globally by turnover, and largest in the Middle East, is recovering from the coronavirus and is unfazed by a slowdown in the global economy as the company has a backlog of work.

“I had corona – it was mild, but it was difficulty breathing. I stayed 14 days in this house, in this room, I took medication and now I am recovering,” Mr. Khoury said in a video message to employees on the company’s social media channels late Sunday.

“We have to help each other. We have to take care of the 100,000 employees working in the company and the 70,000 people living in our camps. We have to help the governments,” he said, adding that CCC had been providing quarantine areas and medical assessments, among other things.

Although the global economy is “most probably” heading for recession, Mr. Khoury, president of engineering and construction at CCC, remained upbeat about the company’s prospects. He cited $500 million (Dh1.83 billion) worth of new contracts the company secured in the first three months of this year and expectations the contractor will land a further $500m by June. Mr. Khoury said CCC has to strike a balance between ensuring progress continued on its construction sites and keeping its employees safe. The founders' families will hand over operational control of the business to three of its senior executives – group vice-president for sales, proposals and support Hani Rayya, Africa area managing director Jamal Bahlawan and acting chief financial officer Yousef Ghantous.

The three will “take CCC to the next level”, Mr. Khoury said in the video message.

Samer Khoury is President of Engineering & Construction of the Consolidated Contractors Company (CCC), a multi-billion engineering group and the largest construction company in the Middle East. He is at the helm of CCC, which today is a large conglomerate with a broad range of activities ranging from its conventional engineering & construction role to the more complex role of an oil & gas and power developer. CCC employs more than 100,000 individuals worldwide. According to the annual Engineering News Record (ENR) surveys, CCC ranks continuously among the top 20 largest International Contractors and first in the Middle East region.