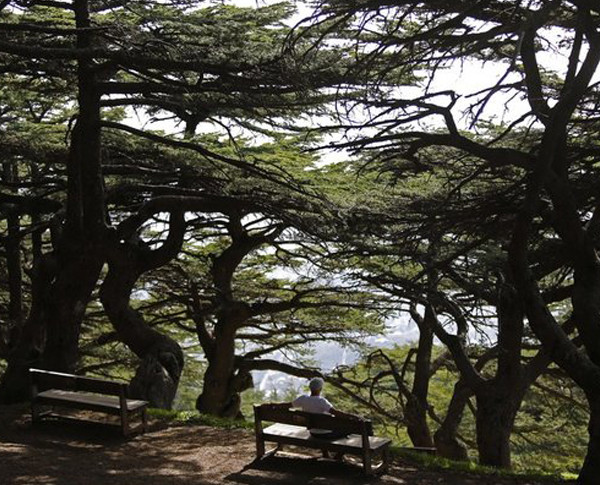 It looks like even the eternal Cedars of Lebanon are not safe from the effects of climate change.

In a recent article, published on the 21st of April 2021, TAKREEM’s selection board member and the director of the Nature Conservation Center at the American University of Beirut (AUB) Mr. Alain Daou, expressed that intensive sheep and goats grazing, as well as climate change affect the cedars’ living conditions in Lebanon.

Cedars that are in the Northern part of Lebanon are more likely to withstand the effects of climate change said Mr. Daou. He suggests implanting these forests to higher altitudes for favorable temperature and moisture.

Some cedar forests are considered as part of natural reserves like in Barouk, Maaser El Shouf, Niha, Ehden, and Tannourine, while cedar trees in Qammouaa are listed as a protected natural site, and as protected forests in Jaj, Sir El Dinniyeh, and Sweisse.

Mr. Daou noted the need to involve citizens further in the reforestation efforts: “"Lebanese authorities should also create economic incentives for the citizens who live around the reserves to protect cedar trees.”

He also commended the efforts made by local cedar forests guards and workers in the Tannourine reserve, where cedars have been considered as endangered species.

On the other hand, the Lebanese government has undertaken several steps to safeguard the country's natural wealth, by declaring cedar forests as natural reserves or protected forests, including a management committee in collaboration with the Lebanese Ministry of Environment.

In addition, the symbolic and cultural significance of cedar trees prompted national initiatives to seek many external funding sources according to AUB's Nature Conservation Center, in an effort to safeguard them.

It is scary to imagine Lebanon without its’ native and symbolic trees. Non the less, it is a pleasure to witness such passion for this little country from individuals who are pioneers of thought and action.