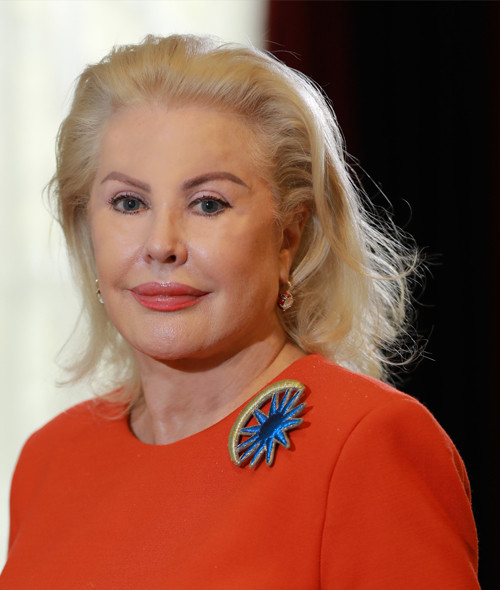 HE Sheikha Paula Al Sabah is a senior ranking member of the Kuwait Royal Family. In 1974, she left New York with her diplomat husband and moved to the Middle East. Since then, fostering understanding between East and West countries has been a priority in her life. She is a Founding Board Member of the Kuwaiti-based Early Learning Disability Center in the Middle East, a Founding Board Member of Art Dubai, on the council of the Serpentine Gallery in London, Board Member of Robert Wilson’s Watermill Center in New York, Board Member of the Arts Arena in Paris, on the advisory board of Canvas magazine and a Board Committee Member of START, an NGO that runs art workshops for refugees, orphans and children with special needs across the Middle East and India. She is an avid collector of contemporary art, both Western and Eastern, and holds a degree in Child Psychology from Hunter College and New York University.