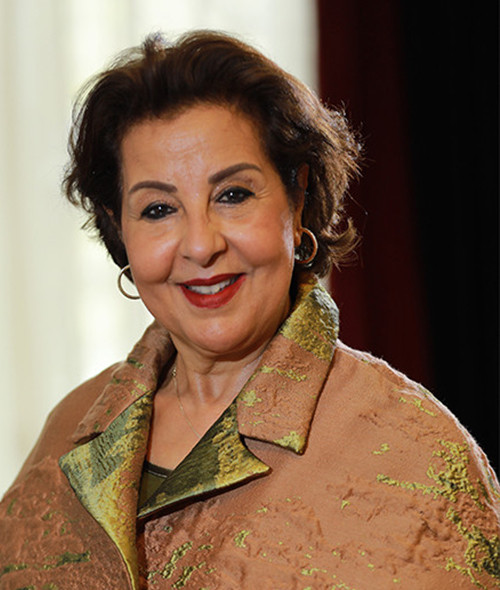 HE Dr. Farida Allaghi is the senior advisor to His Royal Highness Prince Talal Bin Abdulaziz Al Saud, President of the Arab Gulf Program for the United Nations Development Organizations in Saudi Arabia. She is also a Freelance Regional and International Consultant in the areas of civil society, human rights, democracy, women’s issues, youth, and public policy and advocacy. Farida previously served as the Executive Director of the Mentor Foundation, an international NGO that focuses on the prevention of drug misuse among young people, and the promotion of their health and well-being. She was also the Director of the Woman and Child Division of the Arab Gulf Program and has served as the General Coordinator for the Arab Council for Children and the Arab Network for Civil Society. Her Excellency Allaghi is a contributing editor to the United Nation’s Arab Human Development Report and serves on the International Advisory Committee for the Johns Hopkins Comparative Non-profit Sector Project, a research initiative that documents, analyses, and evaluates the scope, structures, financing and role of private, non-profit institutions at the international level. Her challenging stances in human development and human rights have led to her exile for the past 25 years which she spent in Lebanon, Egypt and Saudi Arabia. Farida holds a Ph.D. in sociology Planning, and Development from Colorado State University in Fort Collins, USA.