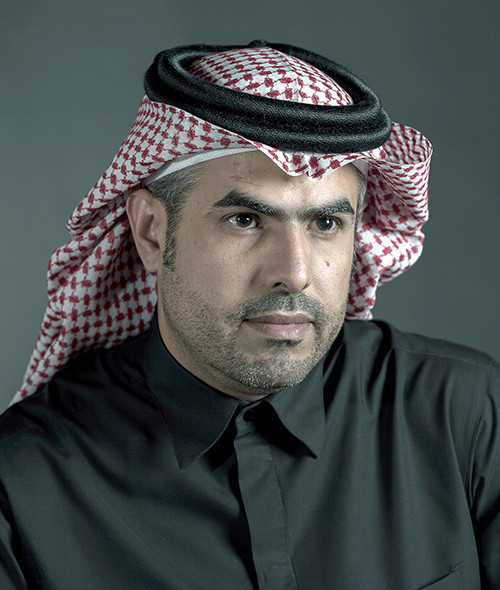 Director of Misk Art Institute, Ahmed Mater is an artist, medical doctor and cultural producer who is at the forefront of the regional culture sector. Through his practice and vision for the institute, he is dedicated to social discourse and action as a means of tangibly influencing the wider civil sphere.

He is manager and director of projects on global and local platforms and advised institutions such as Smithsonian, the United Nations, New Museum, Victoria and Albert Museum, the Riyadh Book Fair and the Saudi Film Festival.

Ever the proponent of dynamic, cross-cultural dialogues, Ahmed is also a founding member of organizations focused on increasing mutual understanding. Throughout his work, he enacts a deeply held belief in the transformative and empowering potential of art education – encouraging exchange to promote a culture of awareness and acceptance.

Through his creative practice, he has documented life in the Kingdom, contributing significantly to a more nuanced, global understanding of contemporary Saudi Arabia. His incisive outlook and engaging work mean he was the first contemporary Saudi artist to be collected and showcased by major Western museums. He participated in numerous international biennales published six works on Middle Eastern art and culture and, as a seasoned public speaker, has contributed to events organized by international institutions including the Louvre, UNESCO and MIT.

Ahmed lives and works in Riyadh, Jeddah, and Abha.