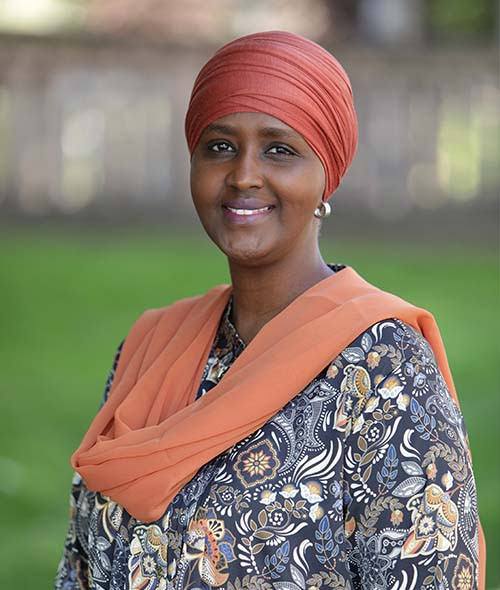 Fadumo Dayib’s story of determination, courage, and triumph in the face of adversity had inspired thousands. As a teenager with less than 5 years of primary and secondary school education, Fadumo persuaded her way onto one of the last planes leaving Mogadishu, Somalia when civil war erupted in the early 90’s. She led her siblings to settle in Finland and has never looked back. In September 2014, she declared her ambitions to run for the Presidency of Somalia in the country’s first democratically held election since 1967. While she calls herself a dreamer, history has shown that important political and social change often begins with a dream and a vision for change. The path she has chosen has always been wrought with risk and danger. But her survival as a woman who like many others in Somalia endured displacement, genital mutilation, and poverty – give her the confidence to soldier on in pursuit of her vision for a peaceful and prosperous Somalia. Fadumo has been instigating social change and cultivating the skills to turn her vision for Somalia into action for decades. She has pioneered human rights activism in Africa with over 12 years’ experience as a healthcare practitioner focused on public health and prevention of mother-to-child transmission of HIV (PMTCT) in Somalia, Kenya, Liberia, Fiji, and Finland. Further, her development experience within the UN and the Finnish public sector is extensive on issues of democracy, reproductive health, women’s and girls’ rights, inclusion, and empowerment in all spheres of society. Fadumo renounced her presidential bid in 2016 citing corruption, intimidation, and electoral fraud as the main reasons. She is currently based in Kenya and in the process of launching the HawoTako 2.0 Initiative. This is a center that will work on democracy, transparency, and human rights.She is a 2015 Mason Fellow at the John F. Kennedy School at Harvard University where she received her Master’s in Public Administration and a PhD fellow at the University of Helsinki researching Women, Peace, and Security Issues in the Horn of Africa within the framework of UNSCR 1325. She is a 2013 recipient of the prestigious Kone Foundation Scholarship, was awarded Feminist of the Year by the Feminist Association Union in 2014 and received the prestigious African Woman of the year award in 2016 and was listed as one of the most reputable 100 Africans in 2018 by the Reputation Poll.