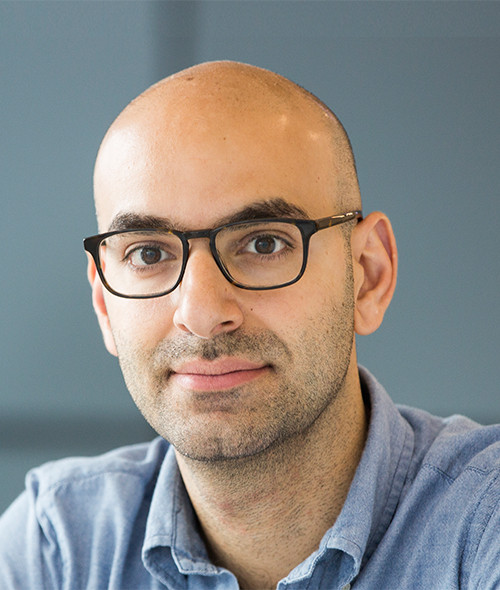 Mr. Habib Haddad is a tech entrepreneur. He is behind the idea of Yamli.com the leading startup in Smart Arabic Keyboard, and Yamli Arabic Search. By creating this search engine, he has illustrated the region's vast potential.

Haddad drives Yamli's vision of empowering the Arabic language and users on the web. His responsibilities span from building the team and growing the product to reach 10 million users and produce 350 million Arabic words to managing fund raising and to leading a milestone deal with Yahoo!.

Haddad is also the founder of YallaStartup, which aims to foster youth and early stage entrepreneurship in the MENA region. In addition to building the team and driving the vision and strategy of this start-up, Haddad organized a StartupWeekend in Beirut that opened the door for 300 participants from the Arab world to create 34 startups. YallaStartup also launched successful mentorship programs and online initiatives. Following the success of Yamli, Haddad joined Wamda as its CEO. Wamda is an enabling platform for entrepreneurs in the MENA region. He set up the three activities of Wamda: Media Arm, Early Stage VC Fund and programs for different entrepreneurs.

In 2009, Haddad was nominated a Young Global Leader by the World Economic Forum, and he led a task force around Entrepreneurship in the Middle East. Habib Haddad was named one of the 30 most influential Arabs under 30 by Arabian Business, was named as one of the Power500 List (500 most influential Arabs), was named to the MIT TR35 2012 Pan Arab list, was elected to the Global Agenda Council on Innovation – World Economic Forum, and Co-Chaired World Economic Forum on the Middle East in 2011. Haddad also Cofounded - INLET to group the tech and entrepreneurship Lebanese Diaspora. On a rather humanitarian side, Haddad founded ReliefLebanon to fundraise for relief efforts in Lebanon after the July 2006 war.

He was able to raise 2 million USD in 3 months and got featured by the UNDP and the Lebanese government.